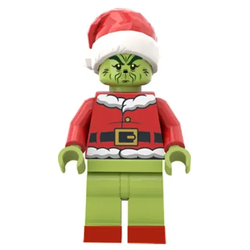 The central perk is a place of fiction in the series Friends in which all protagonists shall meet. This mythical place of the series helps to relax around coffee or tea but also allows viewers to offer many illarantes scenes and gags.

Composed 1719 brick and 7 figures, this set includes a sofa 3 persons and armchair around a central coffee table. Another important element of this set is the angle counter with various details that make the charm of this famous coffee. An impressive buffet behind the counter consists of a gigantic coffee machine, mugs and various treats. Other decorative elements show the typical decoration of a New Yorker coffee. On each table there are many accessories such as towel dispenser.

Lego passionate from a young age, I found interesting the idea to create this set knowing that no proposal of central perk was submitted.
Friends being a cult and timeless entertainment that attracted millions of fans, as well as BigBang Theory, Ghostbuster and Back to the future, this set would complete a long series of Lego on the subject movies and TV series.

On Shelves
Find at LEGO Shop
429