The Apollo Program is a key part of the history of space exploration. The most famous missions were the Apollo 11 (first manned moonlanding) and Apollo 13 (that inspired the movie starring by Tom Hanks). 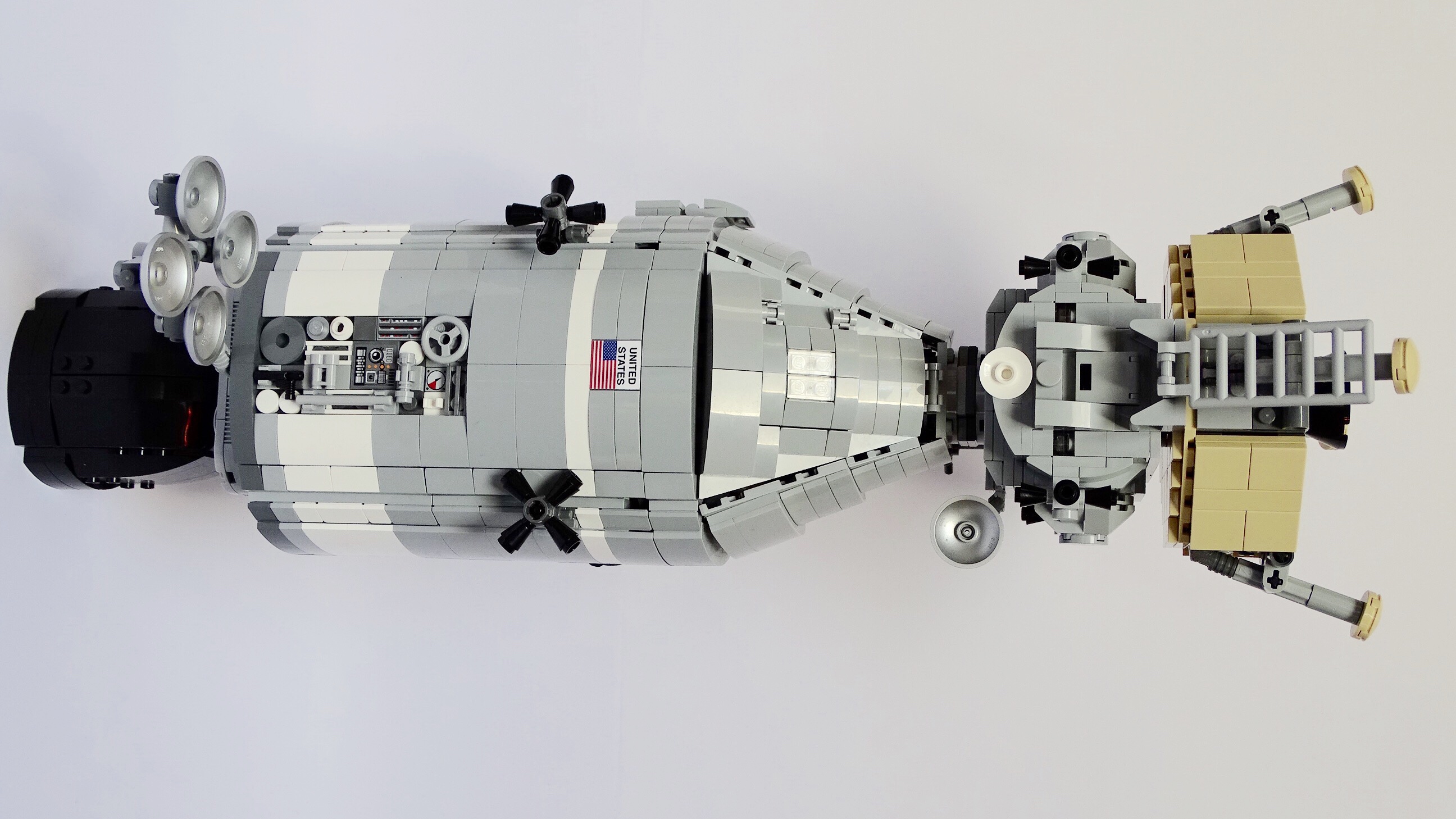 Apollo Spacecraft Command and Service Module (Apollo CSM). The model can be separated into its command module and the service module.

The Command module has a hatch (that can be opened) and fits 3 astronauts inside (included).

The CSM comes with a stand that fits the spacecraft. 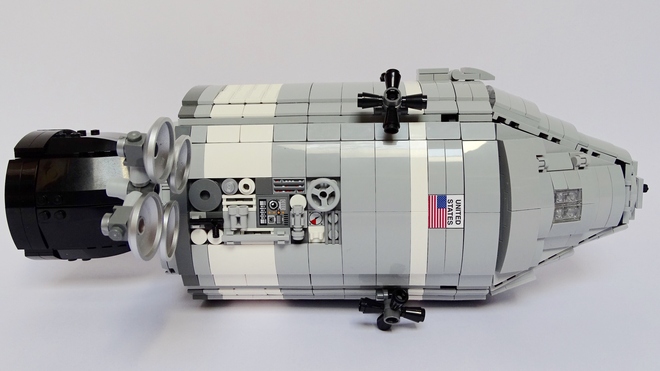 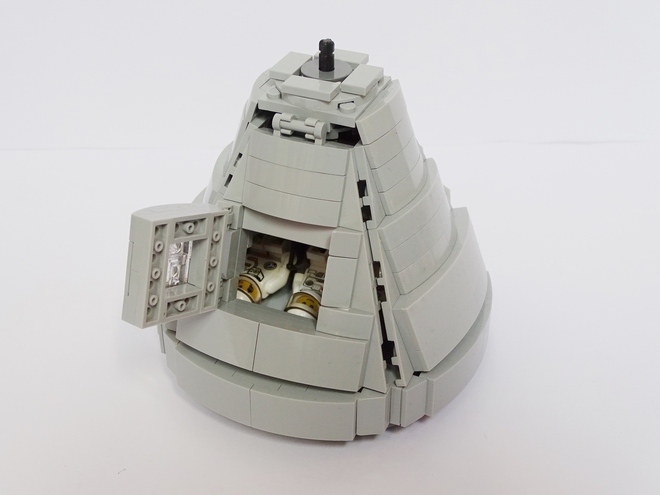 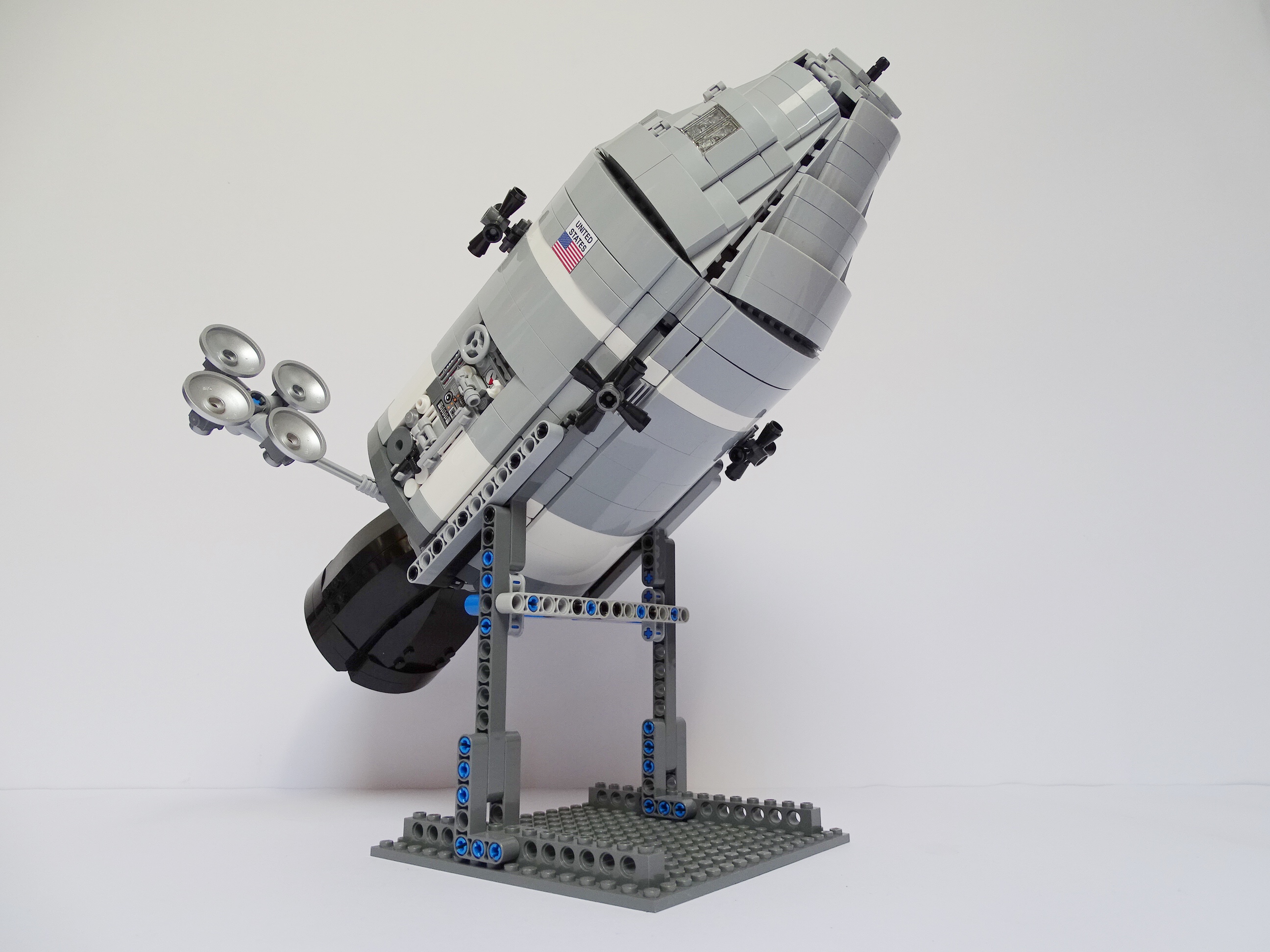 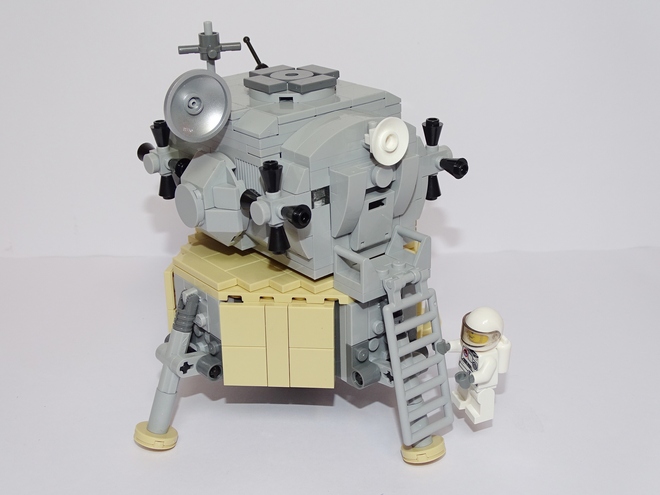 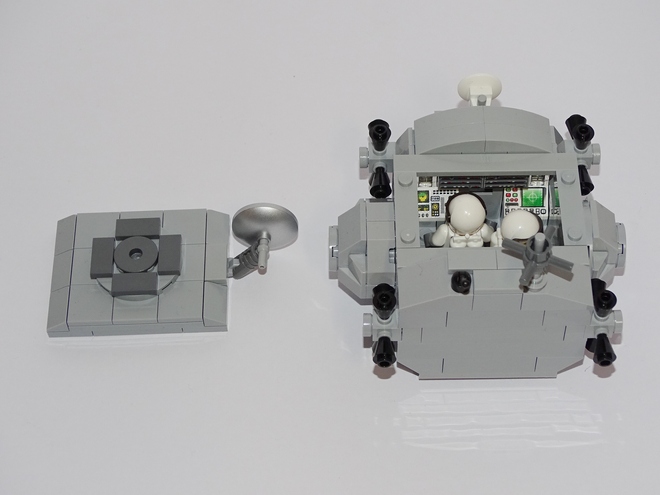 Lunar Roving Vehicle.It was an electric-powered vehicle designed to operate in the low gravity of the Moon, and allowed the Apollo astronauts to extend the range of their surface extravehicular explorations. The LRV was populary known as the "moon buggy".  Three LRVs were driven in the Moon: in the Apollo 15 mission during 1971, and Apollo 16 and Apollo 17 during 1972. 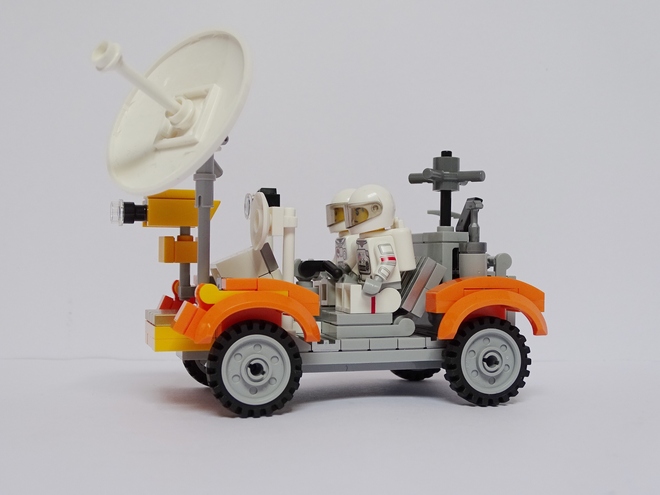 Astronauts. Each Apollo Mission had a crew of three astronauts: Commander (orange strips in the spacesuit), LM pilot and CSM pilot. Only the Commander and the LM pilot did the moonlanding, while the CSM pilot stayed in the Apollo spacecraft orbiting the moon. 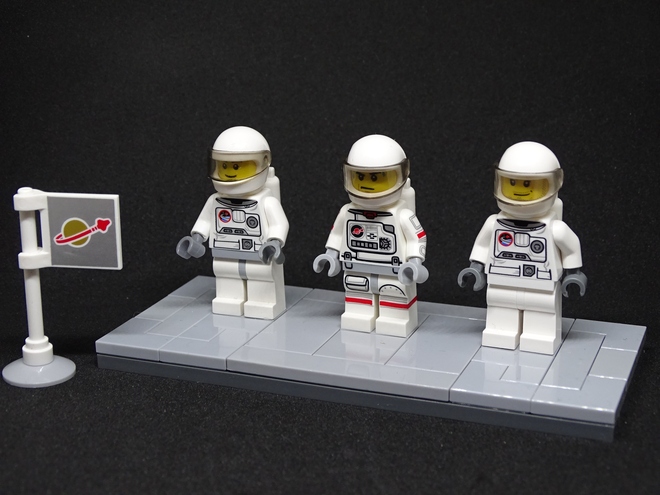 You can find more pictures in my flickr album:

More information about the Apollo Program:

The Saturn V rocket is not included in my project, because there is an amazing Saturn V project approved in LEGO Ideas (Apollo 11 - Saturn V by saabfan and whatsuptoday, https://ideas.lego.com/projects/76841 ) 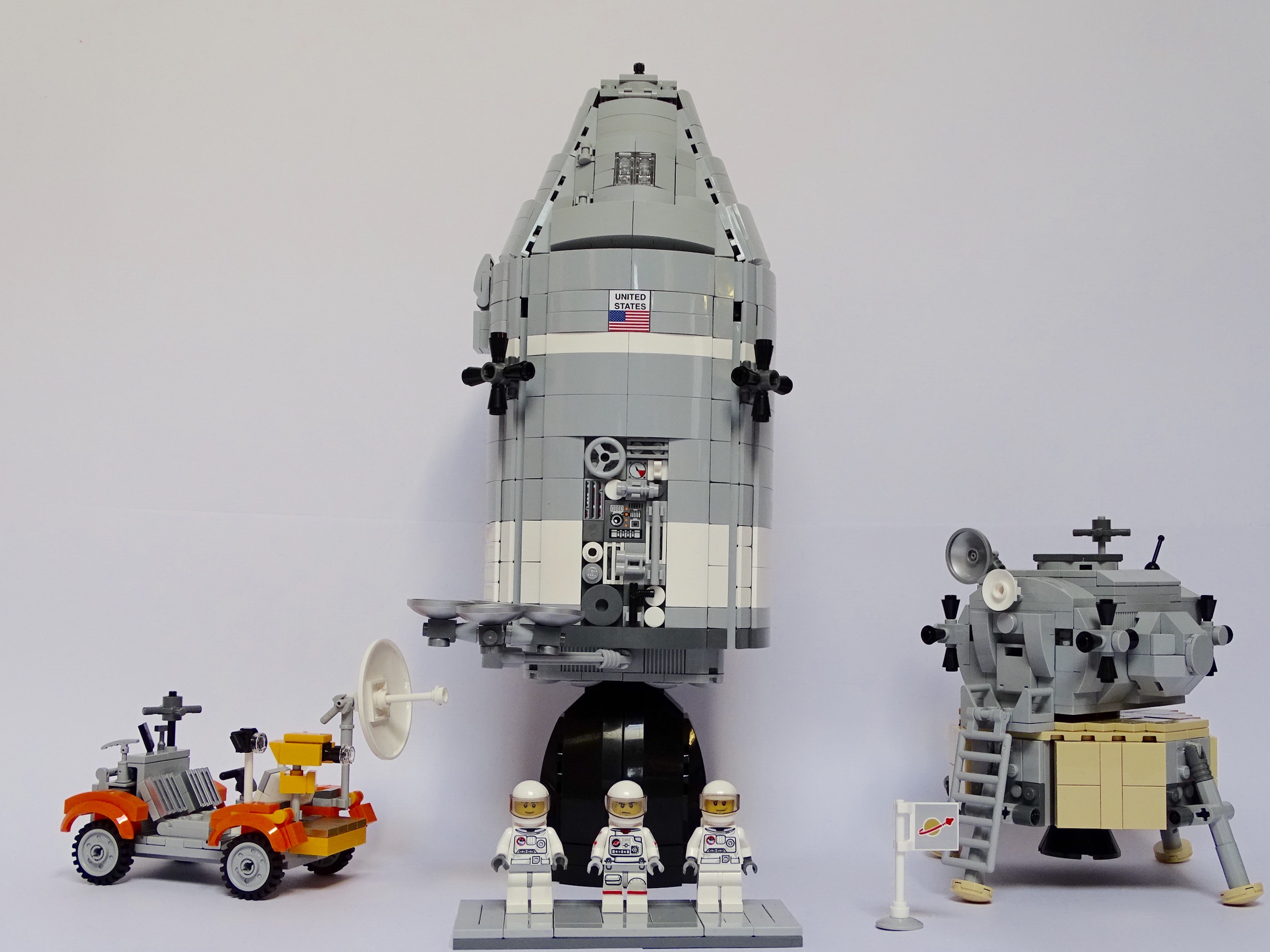