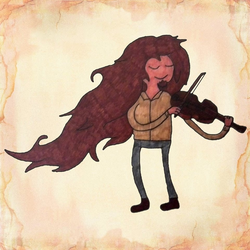 One of the best acclaimed animated series of the late 80s and early 90s was Ducktales. All over the world people from my generation have fond memories of this great show. Last year Disney announced Ducktales will be rebooted in 2017. Old fans like me will be joined by a legion of new fans of this awesome show.

To celebrate this long awaited reboot I created a LEGO Ducktales set, primarily based on 'Ducktales the movie: Treasure of the Lost Lamp'. This set features one of the most memorable scenes in the movie, perhaps even in the entire series. Of course the iconic seaplane in which the ducks always travel had to be part of this set!

The set consists of 530 bricks, making it big enough for adult fans and not too big for the younger fans. The following features are included:

5 minifigs: Scrooge McDuck, Huey, Dewey, Louie and Launchpad McQuack
The Seaplane: The roof can be lifted easily and it features 4 seats for the heroes, a steering wheel and a big control panel in the cockpit.
The Temple: The main feature of the set is the temple. It has numerous play-features:
- The Bridge can collapse by a simple click.
- The Basket with the lamp can be taken of and used as a boat.
- Multiple scorpions are awaiting our heroes in the bottom of the pit.
- A secret room can be found under the twistable stairs in front of the temple.

Update 1: Not enough excitement in this set? Need a villain? That's why I created a minifig of Magica De Spell to add to this project!