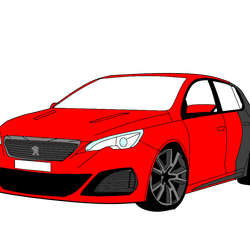 So you wanted a pack of cars and trucks capable of dealing with whatever terrain? Look no further! The blue and white Ultimate Survival team are ready to roll out with their vehicles to your favor!

The pack consists of:

-8 stud wide detailed Mercedes G-Class in team colors, with opening doors and rear door, includes a roofrack with survival stuff and tools and a spare wheel

-10 wide detailed Volvo FH16 with trailer in team colors, capable of carrying both of the cars

-10 wide Rally Truck in team colors with opening doors, includes the same roofrack as the G-Class, two spare wheels and a toolrack on the roof, as well as detailed interior in the rear, with shower, toilet, kitchen, and beds.