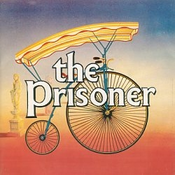 By El_Skutto
43 comments
There has been a resurgence in the popularity of boardgames in recent years.  Crowdfunding websites have allowed creators to release their products independently, and the hobby has taken off as a result.  As games become more complex and include more physical components, various tools have been developed to simplify various aspects of the hobby, such as custom-made storage solutions.
While classic boardgames were typically limited to 1 or 2 dice, some modern boardgames can require a player to roll a dozen dice or more at once, which can often result in dice falling off the table, becoming lost, or knocking over other game components such as player pawns.  The solution to this problem was the creation of dice towers, which channel the dice down a series of slopes before dispensing them into a contained area.  They come in a variety of designs with a wide range of costs, but the basic functionality remains the same.
I decided to create my own dice tower out of Lego, purely as a tool for my boardgame hobby.  My first design was purely functional – a tall hollow box with an opening at the bottom.  But the more I played with my design, the more I was inspired to give it some character.  In the end, I decided to modify the build to resemble an actual stone tower from medieval times, complete with ramparts, a gate, and an enclosed courtyard.  The tower is built in minifig scale so that it can easily be displayed alongside sets from the Castle theme.
The tower features three internal slopes peppered with small ramps to ensure the dice actually tumble down the chutes rather than simply sliding down; this results in a greater degree of movement and prevents the dice from getting jammed together.  To use the tower, one simply removes the top of the tower, exposing the opening into which the dice are dropped.  The main gates are then swung open to allow the dice to exit the tower.
I have tested the tower’s functionality with a variety of traditional dice, including the larger 20-sided (D20) dice, and in various quantities.  I never had any problems or jams of any kind, including when using sixteen large 6-sided (D6) dice simultaneously.  Obviously, novelty dice or dice with very large diameters (D30) may not function as well.
Finally, I designed this tower with LED lighting in mind, although it is entirely optional and purely cosmetic.  There are specific areas in which LED lights can be incorporated to illuminate the “flames” from the wall-mounted torches.
Thank you for your support!