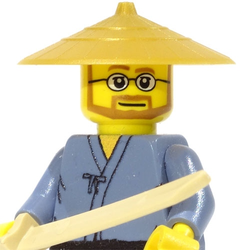 An alternate face for Trico

One limitation of my design for Trico is that his eyes can't be easily exchanged, and you may not always want his wide-eyed, curious look. Trico tends to often squint, whether he's angry, hungry or just misses you. This variation allows for narrower eyes, and also makes the build a little simpler. As a side effect, his cheeks get a little smoother too. 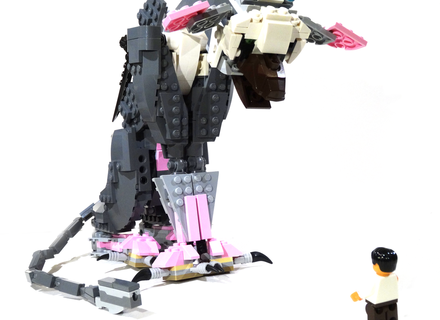 I would want the bigger ears on both, but I ran out of that part. Ideally, it would be the bigger size but the lighter shade of pink. Which one do you like better? 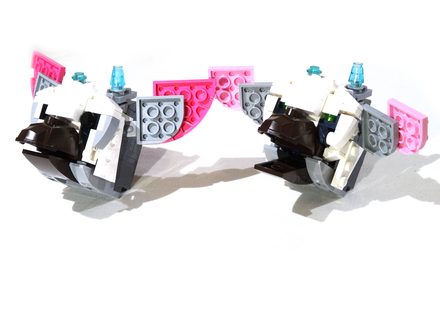 We've passed 500 supports, but not many new people are finding it. If you know someone who would love to see a Lego Trico, let them know!

Thank you for 100 supports!

I'm happy to see that over a 100 people have already supported this project! Now we're aiming for 1000. Let's make this happen!

I noticed the suggestion that Trico's legs should be shorter and tried to come up with a good way to do that. I was able to make the legs three studs shorter, which still allowed both standing and sitting poses. However, some sacrifices had to be made. The chest needed to be compacted further. The tops of the back legs lost the rounded part. More importantly, the front legs became much weaker and tended to break off at the knee. The knee joints need to extend inwards to meet for a sitting pose. I could still keep the upper leg together with an angled plate but the clutch was very weak around the friction joint part. So I've changed them back for now.

After this ordeal, I felt Trico needed a break, so now it sits happily on top of a bakery waiting for someone to feed it cake.