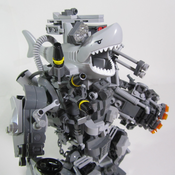 This model merges two of the greatest and coolest things (Robots and sharks) and puts them into one big mech. This mech code named Megalodon takes the name from the giant shark that lived millennia ago and it's known for it's giant size and for being a powerful predator. Heavily armored and quite loaded with weapons this shark mech is guaranteed to bring victory. 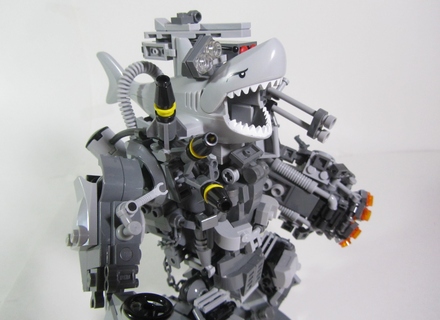 This mech has a flamethrower on his right arm, a nuclear plasma cannon on his left arm, missiles and a turret on his shoulders. The shark used for the head is a 5 inch rare shark made by Lego around 2009. The tiny mech is operated by a regular small shark and has a small cannon and little missiles. 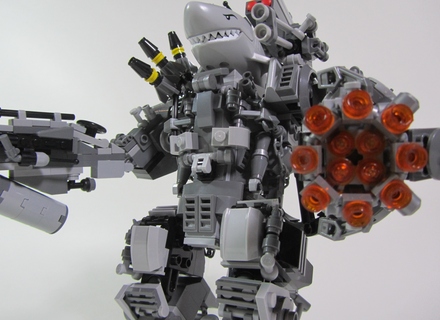 I made this for fun, this mech is not based of any movie. It's just some that I wanted to make and share and I really like it, I hope that you are also interested in this mech because Project: Great White and Project: Tiger will be posted really soon. A lot of time and designing when into this project so if you're reading this far you can give your self a pat on the back!