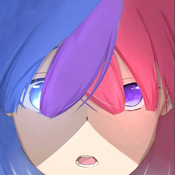 Hello everyone and welcome to Supreme Commander universe!

Most of you won’t probably know where it comes from and it’s pity… but it’s time for me to introduce you an awesome and under appreciated game: Supreme Commander (SupCom)!

SupCom is a RTS video game where you are controlling a giant mecha called Armored Command Unit (ACU) to build a base, produce units and give orders to conquer your opponents. You can choose between three factions : the Aeon Illuminate, the Cybran Nation, or the United Earth Federation (UEF) and try to take your faction to victory. To learn more about SupCom, just click here.

From all possible stuff that you can find in this game, I opted for my favourite unit overall : the Fatboy. Let’s do a quick presentation of this incredible unit!

So, the Fatboy is a UEF experimental unit and probably the most versatile one as it is used as a factory, an offensive, defensive and air support unit. Indeed, the Fatboy can produce any UEF land units to besiege your opponents with a forward base and it is equipped with heavy shield generator, long range cannons, anti air railgun, and riot guns for closer range that make it able to hold a position. Furthermore, as the Fatboy is an amphibious unit, you can even surprise your enemies by travelling the sea! And if you’re scared of waste it from a submarine attack, don’t worry: its torpedoes launchers are here to take care of that!

But now you’re asking why did I decide to reproduce this massive unit in LEGO brick? Well, let me tell you a short story…

I’ve started to play SupCom when I was a child and I’ve always been a huge fan of its universe. As far as I’m concerned I think SupCom is the best RTS video game yet for many reasons but especially due to its resource management and the variety of units it contains that allow you to use countless strategies to seize victory. Now, just imagine that you’re a child playing this awesome game and besides you’re a LEGO fan with a few hundred of bricks in your possession, what do you do? Right, you see what I mean! So yes, I tried to reproduce my first Fatboy and to be honest it didn’t look like a real Fatboy at all, but eh, when you’re child you still feel proud! Sadly I don’t remember if I took some photos of this old creation I’ve made, but if I find some, I will surely share it with you in updates to let you see how it has evolved! Anyway, after that, I’ve always wanted to take time to create the real Fatboy with LEGO bricks one day, and, don’t ask me why, but this day has come few months ago now. Indeed, after few months of work, I’m proud to reveal to you my Fatboy made with Lego Digital Designer.

Just for informations, the Fatboy I’ll show here is not the original. What I mean here is that I have made a first one but it has more than 3,000 bricks so I had to make some change to fit the guidelines!

So, still not convinced? I’m not done yet! Another thing you have to know is we never see what is inside a Fatboy, but I didn’t want to let it empty because it’s better to be able to play inside a such engine, isn’t it? Then, I tried to imagine how it could be to be on board and here is the result!

Finally, my presentation is coming to an end and I hope you’ll all enjoy this project as much as I do. As you can see, this build can be used as a collection piece but it also can be a great playable set and I’m convinced that it will fit any LEGO fan expectations!

Last but not least, I hadn’t included any minifigures to let anyone be able to play inside with his owns. However, thinking back I found it was better to include some exclusives minifigures to allow a deeper immersion! So you’ll finally find here 6 new characters with decals designed by my own and, to be honest, I’m kinda really proud of those!

What do you think about them?

Bonus: I was also thinking to reproduce and add some others UEF units that can be built by the Fatboy, if you guys want that I include some, don’t hesitate to propose your ideas in the comment section!

I thank you for taking the time to read this and feel free to support this project! :)