Twenty-eight days ago, builder7524 asked me to show him how to build the dummy plug. However, he probably already knows how to build the plug, because he told me he could download this model from the LDD Gallery. Here is an image below to show you how the plug is built anyway. Bye! By cheesy. 11/25/2017 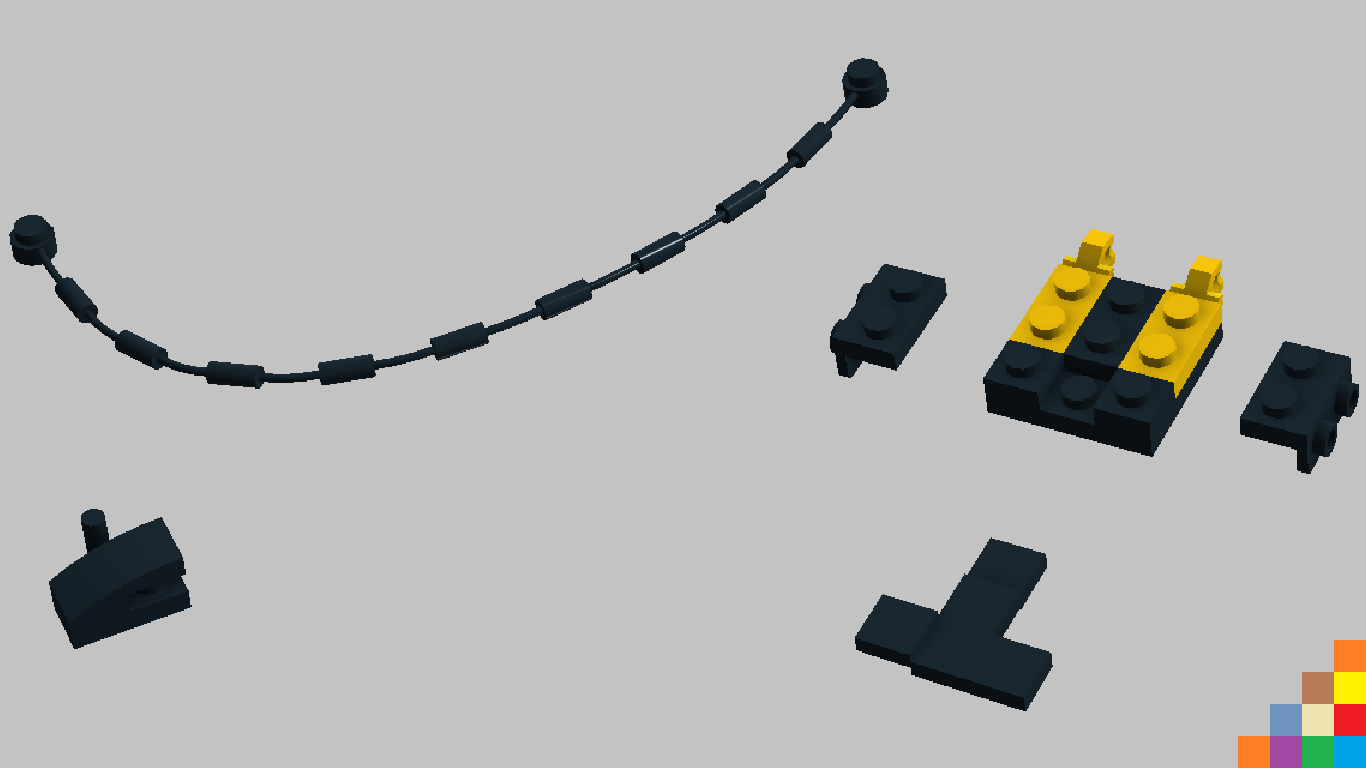 Be Filtered; Be Nice

Hello, everyone! Take a look at this here picture that I took twelve hours ago, at 8 O' clock this morning: 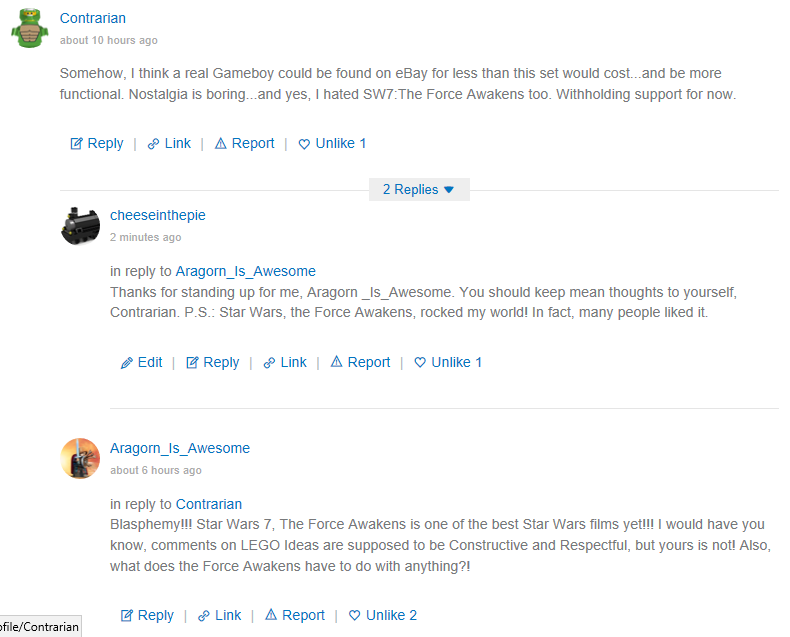 I have recieved comments from other people, saying that they didn't like a couple of elements in the project, which I don't mind. At least they said their pros and cons in a nice way. I've even recieved a comment where someone said that part of my project was "boring," but I took no offence to that.

However, this morning, I saw that a guy named Contrarian said that Nintendo Gameboy devices much like this Lego Ideas Project can be bought for cheaper on eBay. It looks like he sent that comment in 2 O' clock in the morning. Hmm, he must live in a different time zone, or he stays up late at night.

He joined at the same time he made this comment. Do you think he joined this gallery to make a harsh comment about my creation?

Here is an example on how to critisise someone's project without sounding mean or harsh:

Bad Ex: This project is soooo boring! My baby sister could do better than that! I could get something better with my money off of amazon!

Good Ex: I really like the idea of this project! Although it's amazing, it could use some work on the curving. I'm not trying to offend you, but give you some helpful tips.

Have a good day everyone, and make sure to be polite and respectful to others! Once again, Aragorn_Is_Awesome ​is awesome! By cheesy. 10/28/2017