Snoopy and His Doghouse (+Woodstock!) 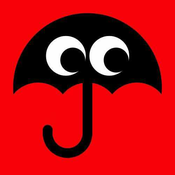 Here’s my Lego idea featuring Snoopy and his iconic kennel. With a guest appearance from his sidekick Woodstock! With a few additional pieces, Snoopy can be reconfigured so you can choose one of three classic, iconic modes:

The doghouse remains the same, but you can choose which mode Snoopy is in or rebuild him whenever you like if you want to change him.

I grew up reading and watching Snoopy and I am huge fan of Charles Schulz, the creator of Peanuts. Snoopy in particular has gained iconic status and is still loved the world over, since his debut on October 4, 1950 - some incredible 70 years ago. So naturally I wanted to see a set featuring the coolest dog ever.

I think this would make a great set particularly because of the idea that Snoopy can be reconfigured in his different poses. There’s also room to expand this idea to include other Snoopy guises such as his roles as detective, magician, baseball star, Joe Cool... it’s a long list and a lot of fun to be had.