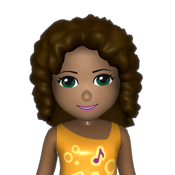 By OldSchoolBuilder2
9 comments
The Idea
In this era of pollution, destruction of the environment and climate change, what we need is a array of methods for producing electricity that do not dump poisons into the air, sea and land. Even though some effort is being expended on developing sustainable energy sources, the majority of methods currently being used today have a high impact on the environment.
Fossil fuels dump huge amounts of toxic gasses into the air. Nuclear power produces a waste product that will last for many thousands of years. Hydro-electric dams destroy the ecology of rivers and the lands surrounding them. These three methods make up the bulk of energy production in the world today.
Wind energy is one of the solutions that will help eliminate environmental damage. It is a product of the earths rotation and heat from the sun, which stirs up vortexes of rotating air in varying sizes and speeds. It's a resource provided by the sun and the earths atmosphere --- and it's free after the turbine is constructed.
The carbon footprint of each turbine to get it manufactured, transported and erected is, unfortunately, unavoidable. But, once construction on the turbine is complete, it will not produce emissions of any kind. As long as it is inspected regularly and maintained properly, it will continue to produce electricity for many decades. Its only drawback is that the wind doesn't blow all the time. So, the wind farms can be built where it is windy most of the time. Other forms of sustainable energy sources can be placed where they are most effective. All of these green energy sources could then be combined together, working in concert with each other to create the solution to our environmental crisis.
The initial idea came to me when I was looking through the Lego Digital Designer brick pallet and saw the helicopter blades. The first thing I thought was: "Those would look great as the blades on a wind turbine."
The project was born.
The Project
The Zephyr Electric project consists of two parts: The tower with a generator, and the corporate headquarters building for managing the electric grid between it and all the other wind turbine towers. The tower itself is very different from wind generators that exist in the real world and, because of Lego Physics, will not impede the flow of air around it so that it operates just as efficiently as real-world generators. Also, I think this tower has real character to it and is considerably more interesting than a plain, white, cylindrical tower; which is boring.
The corporate headquarters building itself has been designed to accommodate nature as much as possible. The entire roof surface is a garden that converts sunlight into food for the plants through photosynthesis instead of converting that light into heat. Almost every building in existence today has a roofing system that protects it from the elements, but also produces prodigious amounts of heat from the sun. This not only heats up the interior of the building, increasing its cooling costs, but heats up the atmosphere as well. How much of the change in the climate is being driven by these roofs?
The whole roof lifts off the building revealing the interior rooms. There is an office for the CEO; an office for the executive assistants; a lobby/waiting area and the Technical Operations Room. The doors, window sills and most of the furniture represents wood. (Most people don't know, or refuse to believe, that wood is an infinitely renewable resource. It's a resource that will last forever, but only if it is managed properly through rigorous replanting after harvesting.)
Zephyr Electric --- Corporate Headquarters and Turbine No. 1
Personnel:
(1) Chief Executive Officer
(2) Executive Assistants
(1) Receptionist
(1) Technical Operations Director
(1) Technical Operations Assistant
(2) Flora Maintenance Technicians
(1) Visiting Tech Representative
(9) Total Mini Figures
The Reason
The reason I think this project should be made into a kit and sold is because of the environmental message of the Zephyr Electric project, which is alternative energy sources. When more people become aware of the alternatives to current energy production methods, they may start demanding, in greater and greater numbers, that these green methods be developed for widespread use while phasing out the old, environmentally damaging methods. So, if this project can help raise peoples' awareness of these issues, then I may be able to play at least a small part in changing the world for the better.
Also, I think I've created a really great project that is visually appealing along with a certain amount of play-ability. It's taken a very long time to refine it and I'm finally happy with it.
Zephyr Electric project --- 2,989 total pieces
Personnel and furnishings --- 331 pieces
Base plate and floor --- 378 pieces
Building and grounds --- 1,091 pieces
Roof and garden --- 675 pieces
Tower and turbine --- 514 pieces