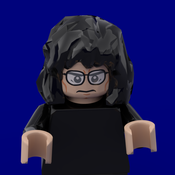 This is a Lego Ideas project meant for the NFL fans, for sporty-people in general and for the collectors of the Lego helmets.
The set includes the NFL (National Football League) helmets of two of the most famous and winning clubs, which are also protagonists of a heated sporting rivalry: the Green Bay Packers and the Chicago Bears.
The Bears-Packers rivalry is very much felt by the fans of the two teams, which have won a combined 22 NFL championships (13 for Green Bay and 9 for Chicago), including five Super Bowl championships (four for Green Bay and one for Chicago) and have 65 members in the Pro Football Hall of Fame (Chicago with 34 and Green Bay with 31). They are two of the oldest teams in the NFL, being founded both in 1919.
The helmets are made in the team colors of the two clubs: navy blue background with the orange “C”for Chicago, yellow background with the green stripe and the “G” for Green Bay. Each of them includes the typical black “cage” in the front.
I believe this set could help bring sports fans closer to Lego bricks, especially football fans, which is one of the most followed sports in the world. This set could be also the beginning of a new series, where all the NFL (and also the other professional and non-professional leagues) could have their own helmet made by Lego bricks. Some NFL helmets are very funny, being very colorful and including very detailed drawings.
Each helmet is made by 370 pieces and includes a pedestal made by 70 pieces, for a total of about 880 pieces used for the entire set.
Pedestals are personalized with the name of each team and allow the helmets to be exposed in the collectors' showcases, together with all the other Lego sets.