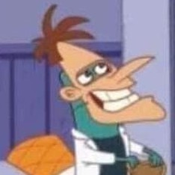 By Stacked Towels
162 comments
Travel back over 10 years to the heyday of the Wii and experience one of it's most popular titles. Wii Sports Resort originally came out to show off the capabilities of the Wii remote plus. But it soon transcended this purpose and became a beloved game for many.
The game has a heavy focus on multiplayer and general playability and that idea was brought to the model. Most of the games in Wii Sports Resort have been recreated in a two player competitive format, the rules of which are listed below. The exterior is modeled after the Wuhu plaza's Broken Clock Tower. There are ten Miis included and the model itself is 1600 bricks flat. In the future, I hope to add more Mii variety, suggestions are appreciated.
Two Player Games:
Swordplay:
Spin the wheels on each side to rotate your character. Knock your opponent off the platform to win.
Baseball:
The pitcher moves the plunger in and out. If the batter hits it too early, the ball won't go flying. If the batter hits on time, he'll get a home run.
Basketball:
The shooter tries to move side to side before trying to score the ball. The defender moves up and down trying to block the ball.
Frisbee Dog:
The thrower moves side to side, eventually shooting the Frisbee. The dog moves to try to intercept it.
Archery:
One player moves the target to side to side, while the other tries to hit it.
More:
Bowling:
Try to knock down all the pins with the flick-fire bowling ball.
Air Sports:
Both planes feature spinning propellers and dual flare guns.
Mii Menu:
Choose your own hair, dog, or outfit and examine a map of Wuhu Island.
Living Room:
A recreation of the natural environment of the Wii.
Other Details:
There are dioramas of other activities like Tennis, Cycling, Wakeboarding, and Golf. There's also miniature recreations of the Wuhu island volcano and hot air balloons.
Fun Fact: 2021 will be Wii Sports' 15th Anniversary!