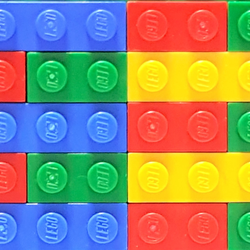 Are you "READY" for an awesome build from Disney’s hit game Tsum Tsum™? These lovable little characters come to life LEGO® style. Tsum Tsums™ are based on Disney characters from movies such as Cars and even the new movie Zootopia. Tsum Tsums™ originally came from Japan, but now they are sold worldwide. I have built Mickey the main character.

The word Tsum Tsum™ (pronounced Zoom Zoom) means to stack. These little characters can stack up on each other to form a pyramid. I may also show the other Tsum Tsum™ characters when I get more supporters. If you enjoy my build please support it today so it can become a LEGO® set. Thank you everyone for your support!