The Wild Wild West: The Wanderer 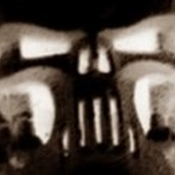 As the majestic Wanderer train carries Secret Service agents James West and Artemus Gordon toward their next mission, the heroes are unaware of the danger lurking above! The diabolical Dr. Miguelito Loveless has designed a fleet of helicopters to conquer the United States, and he plans to test the prototype by blasting the Wanderer off its tracks!

The Wild WIld West is a western/spy series originally aired from 1965 to 1969. With its lighthearted drama, colorful heroes and villains, and engaging stories, it feels surprisingly like a modern LEGO theme in many ways. Content should be no obstacle, either, as the show was considerably less violent and more family-friendly than several other franchises already licensed by LEGO, including The Lone Ranger, The Lord of the Rings, Marvel and DC Comics, and arguably even Star Wars.  Of course, any LEGO representation of the series would need to feature its most iconic elements: Jim and Artie's train, The Wanderer, and their archenemy, Dr. Loveless.

-Coal car with sound brick to play The Wild Wild West theme tune (n.b. I'm quite sure the entire song wouldn't fit on a single brick, however, the shortened version that the show played over the end-of-act cliffhangers would be ideal)

This project will be updated in the future as I tweak the design to add play features and increase show-accuracy.

If you are new to this site, LEGO Ideas is a forum for proposing concepts to be turned into official LEGO sets. This proposal has 365 days from its publication to reach ten thousand supporters or it will not be considered for production. This deadline can be extended if the project reaches certain milestones, though, so make doubly sure to click that Support button! (You will need to have a LEGO ID to support the project, but making one is free--so if you really want a chance to build the Wanderer yourself, it's completely worth it!)