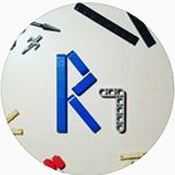 By burakr7
6 comments
King Leonor, (coming from the combination of the words Leon and Warrior) When he was about to be defeated in his first encounter with Black Lord Mortuss, he cursed Leonor's first son and Cursed One. All his left arm and half of his face are prickly because of this curse. This curse, which is painful at every moment, drags him into tantrums. He does this because every time he looks at the Cursed One, Mortuss wants to remind Leonor of himself. Mortuss, whose face and body was burnt in battle, closed himself to the Dark Tower and wrapped in his armor. trying to spread the darkness all over the world for the absolute last war. He is the master of Black Magic and Necromancer. He is powered by Claw of the Death at the top of the Black Tower. Every living thing that dies in pain feeds its power. Double Claw is the heir to King Leonor. Little boy. Beewar, (coming from the combination of the words Bee and Warrior)