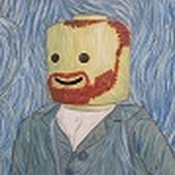 BT21 is collaboration between Line friends and BTS. BT21 is combination of BTS and 21th century.

All of characters were created by BTS members.

Everyone can check for the creating process about BT21 via  Youtube.

And now I am going to explain about each characters follow the photos.

1. Van - Van is not created by BTS but Line friends designer. Designer got inspiration from interview of BTS. Van is based on BTS fan club A.R.M.Y. And It's a robot.

2. Cooky : Cooky is created by Jungkook. The name Cooky is based on Jungkook's nickname 'Kookie'. He looks like the rabbit.

3. Chimmy : Chimmy is created by Jimin. The name Chimmy is based on Jimin's nickname 'Chim Chim'. He looks like the dog wearing yellow hoddie.

4. Mang : Mang is created by J-hope. The name Mang was made by last word of hope in Korean. In Korean, hope is '희망'. The last word '망' is pronounced Mang. He is taking a mask for hidding himself, because he is introversive character.

5. RJ : RJ is created by Jin. The name RJ was made by first word of animal 'Alpaca' and 'Jin'. Jin thought that Alpaca's spelling is 'R-paca.'

6. Tata : Tata is created by V. The name Tata is based on V's nickname 'Tae Tae'.He is an alien. And his body is very flexable. He also come to earth with Van.

7. Shooky : Shooky is created by Suga. Shooky is a magical cookie. He is afraid of milk, because when milk reach on his body, he gonna melting.

8. Koya : Koya is created by RM. He looks like sleepy Koala but he always thinking about something. And his ear is attachable.