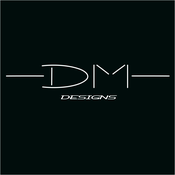 A 1076 brick set showcasing a 1:14 replica of the BMW M3 E46 GTR.  This car is the pinnacle car from many childhoods in the early 2000’s period, and was the forbidden fruit for many who played any form of racing game in this time period. With a V8 rumble, and the unmistakeable sound of those straight-cut-gears, the M3 GTR became an icon and hero car and dream for many petrolheads around the globe.

This kit was built after creating the Polestar 1 K.S. , and after receiving a number of requests to build the kit and post it on here to hopefully be turned into a Lego Set.

The build features a full opening bonnet which showcases the mighty powerplant, the boot opens too to reveal the shaved interior that is the M3 GTR. And opening doors allow a peak inside the racing cabin which is filled with a Sparco seat, Racepak dash, and full cage with venting included.

This kit would be a great set as it allows many of those who remember this car from their childhood racing game days will be able to take home the M3 GTR, and not have to worry about it being stolen away from them this time!