- The Legend of Zelda - Final Battle - 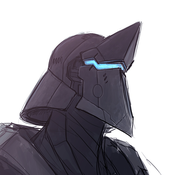 - The Legend of Zelda: Final Battle -

Portraying the Final Battle against Ganon as seen in "The Legend of Zelda: Ocarina of Time".
Personally one of my all time favorite battles in video game history!

Also, it's been almost a year since I designed this set, about time I put it up! 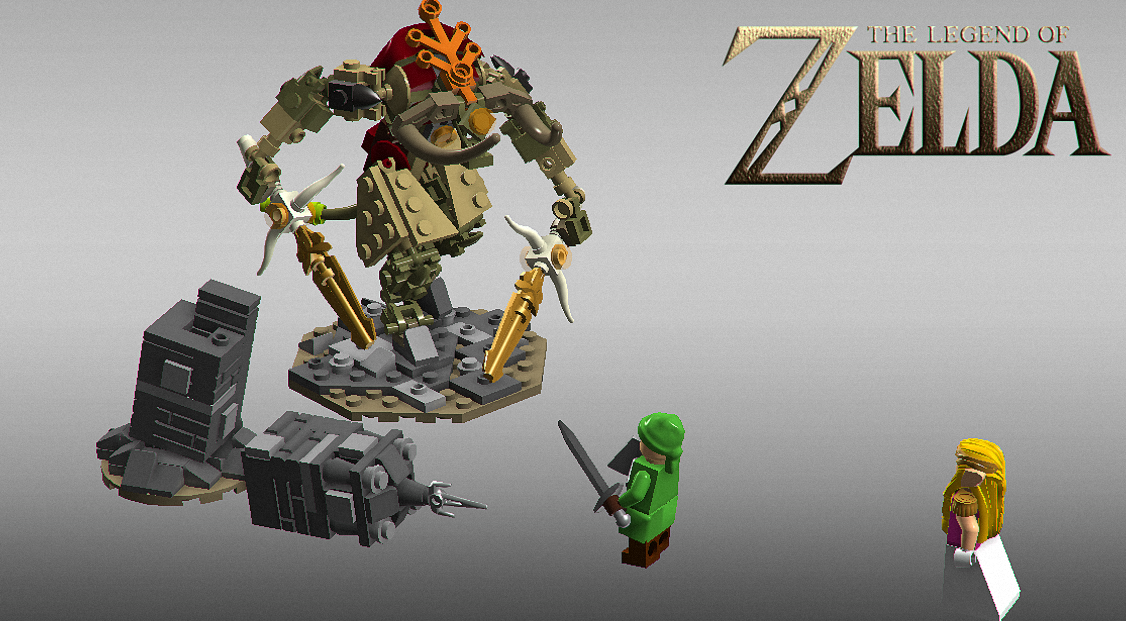 This project depicts the final confrontation between the green clad Hero of Time: Link, and his pig-like monster nemesis: Ganon, as they appeared in the 1998 Nintendo 64 video game: "The Legend of Zelda: Ocarina of Time".

"In the ruins of Ganon's Tower, Link faces Ganon in one Final Battle!
As they clash together surrounded by pillars and debris within a ring of fire, the Princess Zelda is shut out, unable to aid the Hero of Time against the ultimate evil!"

Being a Zelda based set, the focus is on the 3 main characters of the franchise.
Each holding a piece of the series divine artifact, The Triforce, which was split when the evil King of Thieves Ganondorf (later to be transformed into Ganon) tried to claim the power of The Triforce for himself, which was beyond him, thus resulting in:

Link getting the Triforce of Courage

Zelda the Triforce of Wisdom

And Ganondorf only able to obtain the Triforce of Power

Each got the piece responding most to their being, thus powering that attribute.

It was through The Triforce of Power that Ganondorf was able to transform into his monstrous pig-like form, known as Ganon. 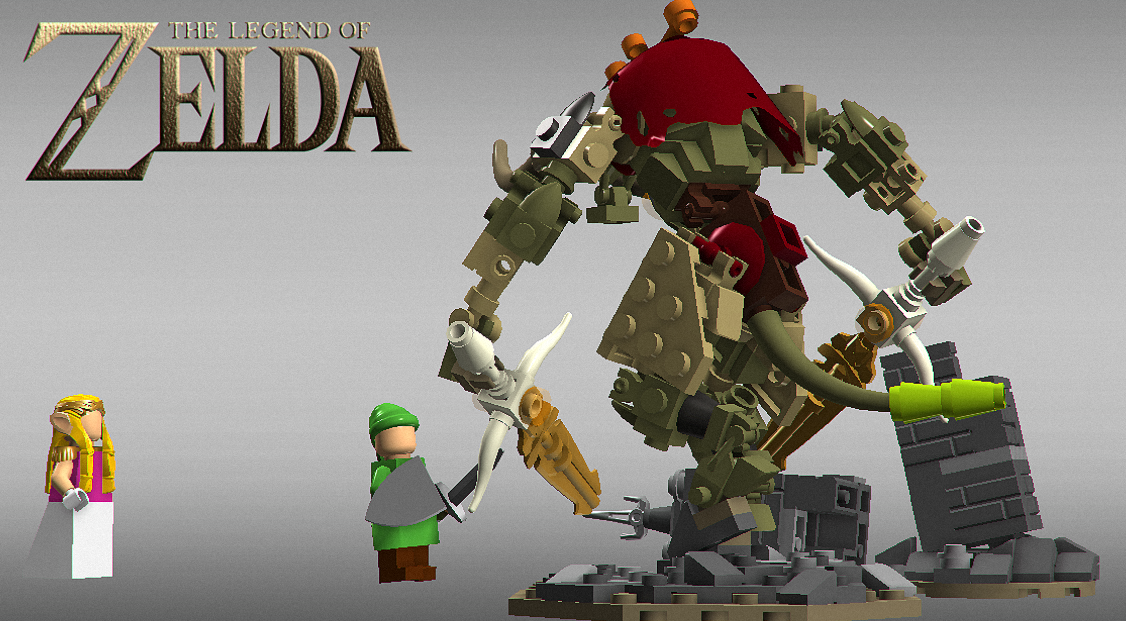 The main feature of this set design is Ganon.

He towers over Link and Zelda, and being a brick built figure with a great range of articulation, I tried to capture as much of the appearance of the original design as possible.
However, there are areas that do lack some features to properly represent the character, most notably the head.
I imagine a 1x1 plate with printed eyes, similar to the Minecraft Micro World figures should do fine, as the cover photo does make it appear more genuine.
Some other areas could require prints, but the eyes would be the most important aspects of the design.

I've tried to achieve a sturdy yet highly articulated body structure resulting in the "Artifigure" build as I've chose to name it (It is something you will be seeing more of in future projects and creations of mine (hint Metroid hint)).

Ganon consists of 148 pieces where the joints take up most of them, but I will eventually test out the new ball joint system introduced with the Chima Legend Beasts of 2014, it may result in a whole new era of articulated LEGO figures if LEGO expand on these kind of parts!

Concerning the minifigures, they'd require the usual print makeover.
I have yet to include the designs for Link and Zelda, but I will in due time.

There is however the persisting LEGO Zelda problem:

Which from LEGO CUUSOO's side is something that cannot be produced, thus we need to make use of existing parts, but then comes Nintendo who surely wants their characters to be justified, and that really puts most LEGO Zelda set designs including Link in his tunic, in a tricky situation that isn't going anywhere.

But then again, with 2 LEGO Zelda propositions denied, yet no definite NO, there is still hope. 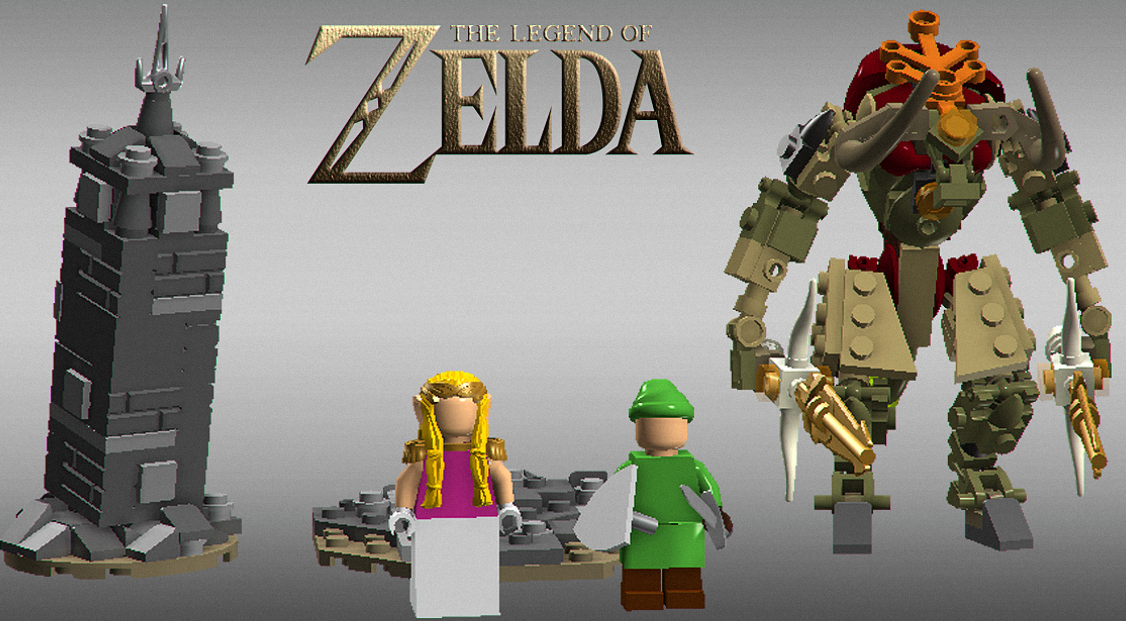 Trying to keep it at a decent and appealing size, the set includes:

It could prove itself to be a neat set I believe, and I will do improvements to it in the coming months, but I think it is good enough to at least put up!

Any kind of feedback you believe might improve the current design is welcome!

So please do spread the word, again!
With 3 LEGO Zelda based projects reaching review and others growing, it is a pretty strong indication of how dedicated LEGO and Zelda fans are, and how much we want official LEGO Zelda sets!

And I for one am not giving up before LEGO gives us a YES or a definite NO!


Following WesTalbott's tradition of including a LEGO Zelda poster with the set: 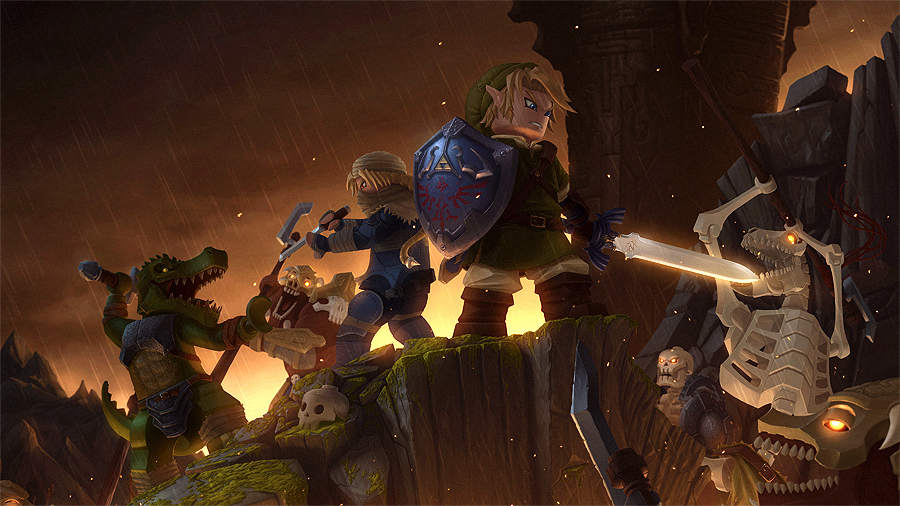