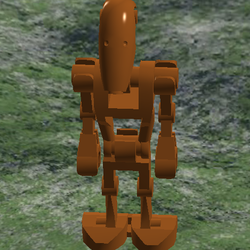 Hello! This model is based off Andrew Peterson's fantasy novel "The Warden and the Wolf King", which is book four in his series "The Wingfeather Saga". It is based off a scene in the book, where three supporting characters, Maraly, Gammon, and Artham Wingfeather fight back against a massive army of Fangs of Dang on the rooftops of Dugtown! I though this scene was awesome, and deserved a Lego set, so here it is!
Includes minifigures Maraly, Gammon, Artham Wingfeather,  Two Green Fangs, and a Grey Fang.
18