By markisnot
46 comments
Like many DC Comics and Lego fans, as soon as the Lego Hulk came out, I hoped for a Lego Solomon Grundy using the same mold. Here is a design for a Solomon Grundy figure using the Hulk model. Grundy has a hideout in an abandoned factory building, complete with busted out wall for easy access.

To accompany Grundy is a classic version of Green Lantern. These two typically fought against each other in the classic comics, so it seems appropriate for them to battle in Lego too. Huntress was added to increase the amount of DC Heroine characters. Both Green Lantern and Huntress have capes.

As opposed to a vehicle, the addition of a building helps expand a city collection. The building is easily changed to be functional instead of an abandoned look. The design allows for many play options where mini-figures can latch onto the environment or break through the boards.

I welcome any support or feedback. If you do not want to support the set at this time due to a design choice, please leave some feedback. I am very open to your comments and willing to adjust for new ideas. 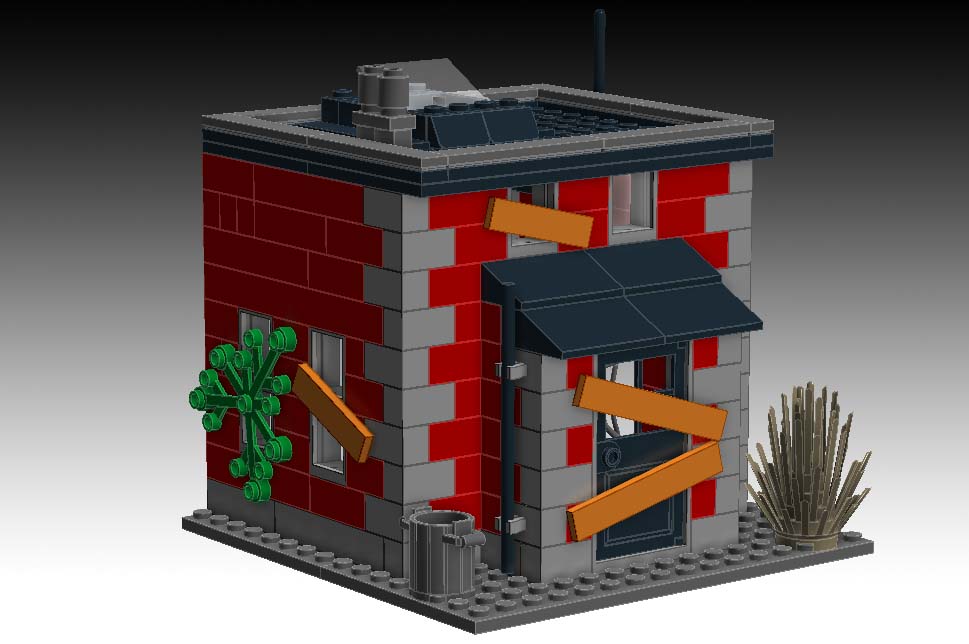 The exterior of the building comes with boarded up windows and door. A skylight allows for heroes to drop in to the building for a sneak attack.

The boards used to block the doors and windows would have the wood pattern (not available in LDD), as seen in sets 60003 or 60009. 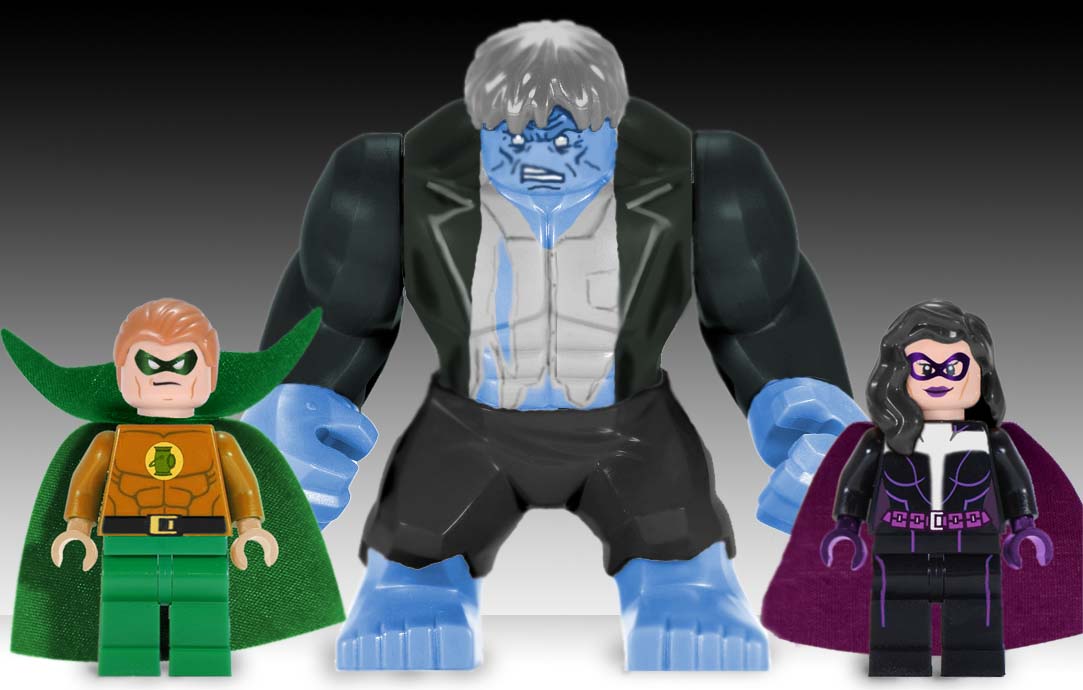 The set includes a Lego Huntress, classic golden/silver age Green Lantern and Grundy, but can easily accommodate other characters. Huntress adds another heroine to the Super Heroes collection, and would come with a crossbow. Green Lantern building pieces are shown in an image below.

Personally, I think Grundy would look great with a chain belt, just to add some variety.

I am receiving a lot of feedback that people would prefer Hal Jordan or John Stewart as a Green Lantern versus Alan Scott. As an option, I included a John Stewart design in the bottom picture. 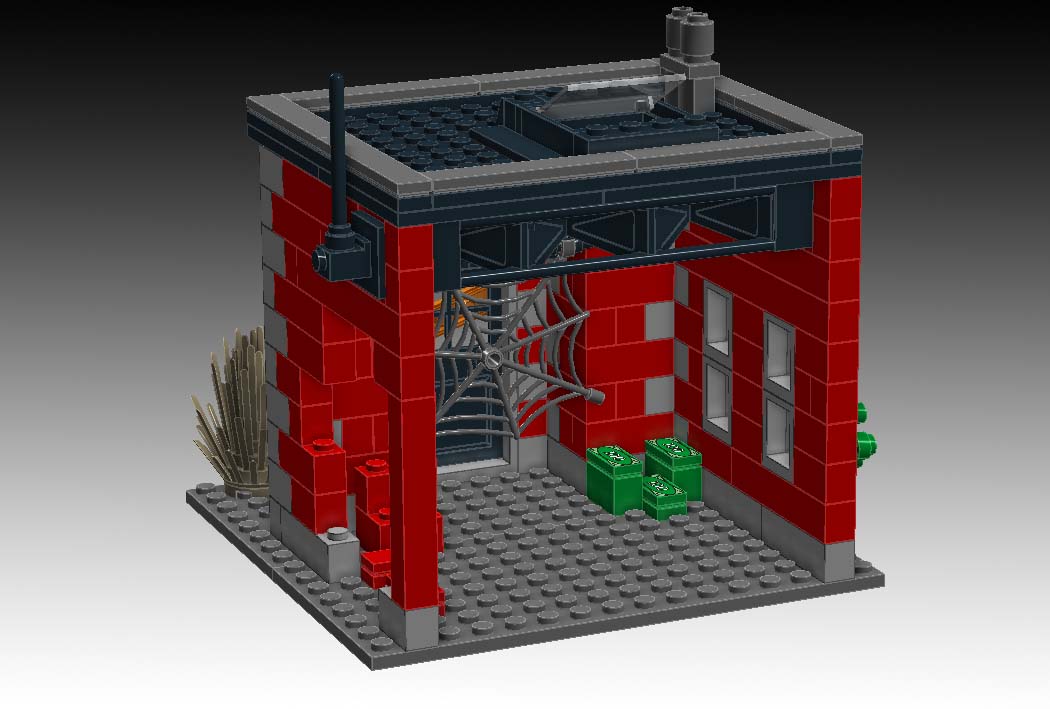 The interior has Grundy's loot stacked in the corner. A support bar running across the roof allows for mini-figures to grab on for safety. The left wall has been busted out by Grundy to allow access into the building. 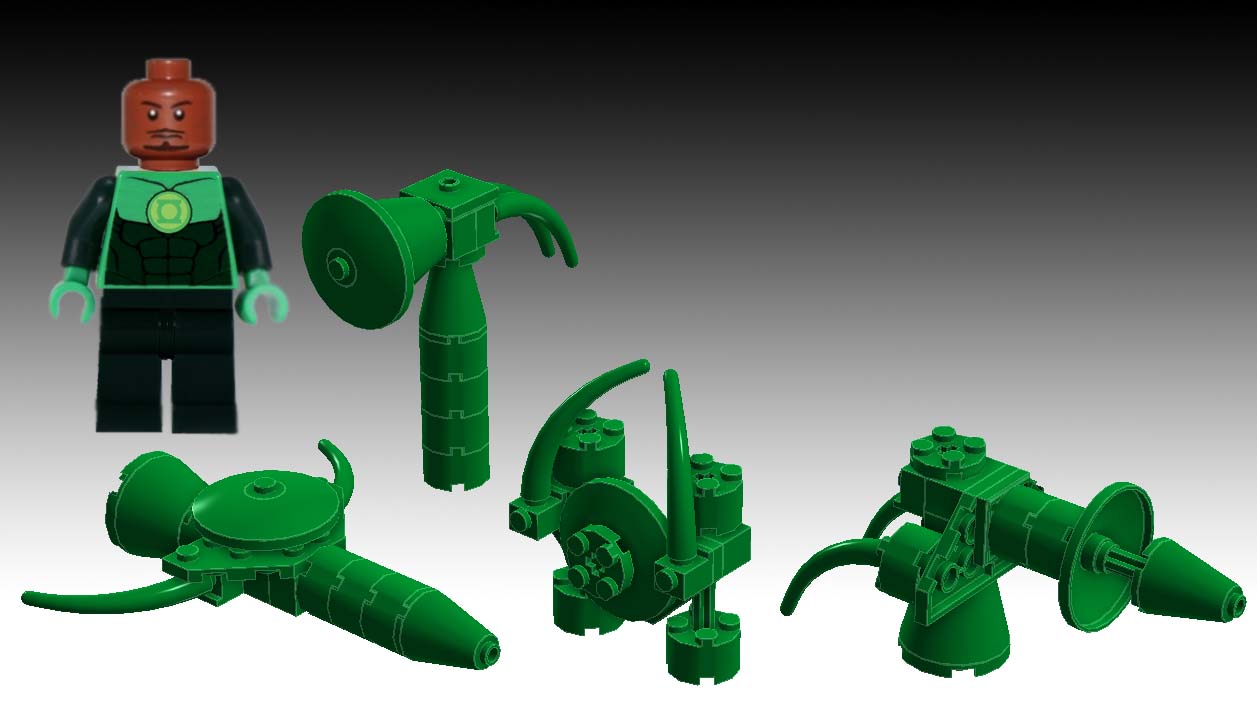 Using the same 18 green pieces, I designed these different objects that Green Lantern can use to battle Grundy. From left to right, they include a rocket, hammer, shield wall, and ray gun. It would be best if these were transparent green vs. solid green pieces. There are many other shapes and objects that could be created with these, which really brings out the imagination of the children.

You can also view a John Stewart Green Lantern model - not to scale :). This design is based of the Justice League animated series version. It uses a very deep green for the legs and arms, with basic green for the torso and hands.