Mr. Monk Is the Real OCD 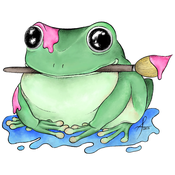 Would you like to make Mr. Monk dance with his vacuum? Make him touch every single lamp in the room? Straighten the decor? Make him clean over and over again? Or perhaps use a wipe or two?
If the answer is “YES!”, then you’re in luck because the real OCD’s world is yours to build! You’ll thank me later.
For 8 years, Adrian Monk has entertained millions of telespectators all around the world with his eccentric humor and crime solving gift (and curse). The time has come for our beloved obsessive compulsive detective to make his apparition to the world of LEGO.
This set features the living-room of the famous detective in the form of a film studio completed with light spots.
Furniture of the living-room includes couches, the ottoman, lamps, a bookshelf, the desk, the rug, tables, chairs, the videotape cupboard, the TV and TV stand.
Note that the low table in front of the couch is the only thing in the room which is not aligned. Why? Here’s what happened: Trudy used to move it to place her feet on it. Monk has never been able to replace the table since the tragic accident of his wife. This imperfection in the alignment of the room became one of its most recognizable traits.
The room is decorated with the ornaments seen in the TV show: boxes, vases, pictures and photos, all meticulously positioned and aligned.
On the desk are dispersed various newspapers and the photo of the disastrous remains of Trudy’s car along with the picture of Trudy holding a lobster. It’s at this desk that Mr. Monk tries to resolve the case of his wife’s car bomb.
This set comes with 14 accessories, including 4 representing some of the worst fears of Monk.
The character’s accessories are: Randy’s guitar, Sharona’s bag, Natalie’s bag, broom, cleaning product, water bottle (Sierra Springs or Summit Creek brand), wipe and wipe pack, self-cleaning vacuum and the precious last gift given by Trudy which you can spot in the bookshelf.
The accessories representing fears are: A carton of milk (lactaphobia), a ladder (acrophobia), a mushroom (mycophobia) and a frog (batrachophobia).
Unless I'm wrong, which, you know, I'm not, a LEGO set of Monk would never be completed without the minifigures of the protagonists of the show:
No matter if you are OCD, a LEGO fan, love comedy/drama cinema or simply an admirer of the great Adrian Monk, this set has a little something for everyone, just like the show.
Since you’ve read this till the end, I’m 100% sure that you probably love Monk as much as I do. So don’t forget to push that support button and wipe your hands afterward. — Wipe! I need a wipe here!