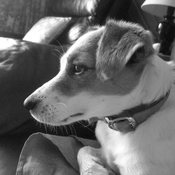 By ShannonSproule4360
34 comments
This set is a tribute to the River Fortress #6077, a classic and iconic Lego playset design from 1989. A secret fortress hidden in the forest, framed by a large black and mysterious tree. I wanted to keep the basic concept and enlarge it in both size and detail. In this version, the enormous tree plays a bigger role in the set; it has partially overgrown the old tower and helps to protect the brave Forest People inside their Bastion.
The Bastion's play features includes drawbridge, six unique tower levels (three are detachable), archery range, small catapult, lookout, armoury, treasure keep, dormitory, storeroom and access ladder. The bastion is approximately fifty studs high. Although I only have one Forestmen (Forest People) minifigure, I imagine that the Bastion would include a minimum of three figures (and maybe several goats...)
The tower is built with standard stacked bricks however the black tree trucks use plates in a SNOT technique. Hinge bricks are used to create a profile, then the plates are attached side-on. In this way, it is easy to achieve height with fewer parts than by stacking bricks or panels and in a way that allows a more natural way of sculpting. Large black wedge plates and wing pieces also form a nice textural contrast to the smooth walls of the castle.
I've intended for the Forest Bastion to not only be a play set with functionality but also a lovely display piece. I have included my concept sketch in the second-last photo as a reference to my starting point. I welcome any comments or constructive criticism and thank you for looking at my Forest Bastion idea.