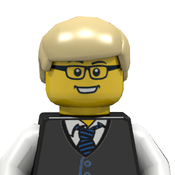 In fact, everything has started with a strike...

I have a quite huge space base with a lot of official and custom sets. With my children, we call it "Gemma Prime" which is the name of the planet where it is supposed to be installed in a galaxy far, far away. One Sunday, a couple of days ago, we had planned to play on Gemma Prime, expecting many great adventures!

But, when we started the game, all minifigs were following a massive strike! After many discussions, it appears that they didn't want to play because... they were starving! It wasn't possible to have fresh food on this planet with a poisonous atmosphere...

Immediately, I started to build a glasshouse in order for our dear minifigs to have a place where they could farm some tasty vegetables and some juicy fruits! When the glasshouse was finished, magically, the strike also ended! And now, our minifigs can eat some lovely space pizzas on Gemma Prime.

As shown on the close-up photos, this glasshouse is very detailed:

It is easy to play with the roof that can be removed and, of course, it is at the scale of the minifigs.

SOME QUESTIONS THAT YOU MAY HAVE

The answer is quite simple: because it could be used in many, many themes of Lego: in a space base (as I am doing), in a park to farm some new flowers or rare plants, in a zoo to get food for the animals, in a country side next to a farm, or any other theme where you could use a glasshouse... So, which minifig should I add?

Because on Gemma Prime, each building has a letter to identify it easily, as there is in some industrial plant on Earth. But of course, this panel could be used to show many other things, such as "Tropical glasshouse" or "Staff only" or "Lego city botanical department" or a logo. I think that the set could be provided with different stickers to change the way you are using this glasshouse.