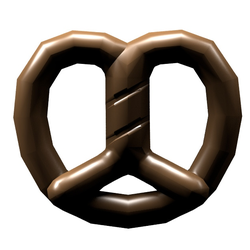 iCarly -- your favorite guilty pleasure -- is back!

In iCarly, Miranda Cosgrove stars as Carly Shay, a teenager living in Seattle with her older brother Spencer. Carly, her best friend Sam, and tech-savvy neighbor Freddie create a web show named iCarly and the trio quickly become an internet sensation! Now you can re-live their wacky adventures with the Lego iCarly set.

Lego iCarly comes with all three floors of Spencer's apartment, including Spencer's living room and kitchen, Carly's bedroom, and the iCarly studio. It includes five characters from the hit Nickelodeon show: Carly, Spencer, Sam, Freddie, and Gibby. The set also comes with Spencer's Bottle Bot invention and even Harmoo, the neighbor's psycho cat. Lego iCarly has a total of 1520 Lego bricks.

The hit Nickelodeon television show remained on the air for 7 seasons. It debuted 10 years ago on September 8, 2007 and was nominated 5 times for an Emmy for Outstanding Children's Program. iCarly had nearly 10 million viewers at the height of its popularity. Even today, iCarly remains wildy popular. The show has more than 25 million followers on Facebook, while each of the stars has millions of followers on Twitter.

If you like what you see, please click the blue Support button and share and tweet this project to help Lego iCarly reach 10,000 votes. Be sure to check out my Lego iCarly Facebook page for updates, as well as my Pretzel Project Facebook page for my other Lego projects. Thank you in advance for your support!