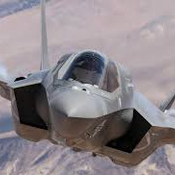 By The Engineer3000
8 comments
This is the Fokker Dr. 1 in micro- scale. I decided to build it because I had already built the Sopwith Camel and I wanted to build it's counterpart. I think that this would be a great LEGO set because not only does it look nice and display really well, it also has a great level of playability! One could easily purchase multiple of these and recreate mock dogfights or even make a really attractive display with multiple aircraft, a runway and hangars! When pitted against the Sopwith Camel, this tri- winged fighter plane can be a really fun toy! My model contains 66 pieces and even has a jumper plate on the wing to attach billowing smoke for when it is shot down in a dogfight!
My model features;
- Accurate landing gear
- Spinning props
- A detailed engine
- 3 Wings
The Fokker Dr. 1 was manufactured by Fokker Flugzeugwerke during 1918. During it's short lifespan 329 of these aircraft were made. It was in service during 1918, but was retired in the same year. It had a length of almost nineteen feet(5.77 meters) and a wingspan of nearly twenty- four feet(7.19 meters)! It was capable of reaching speeds of up to 115 mph(185 km/h) thanks to it's single Oberursel Ur. II 9- Cylinder rotary engine, and had a combat radius of 185 miles(298 kilometers)!

By The Engineer3000
8 comments