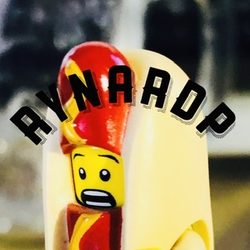 A farmer’s drive on a quiet road in the Outback takes an unexpected turn when a pod containing an alien suddenly crashes down into the Earth,creating a small crater in the road next to a gas station.The set itself describes the the beauty of Australia’s desert life as well as the great unknown.I wanted it to have a scary yet curious vibe to it.

Why I built it?

I have always been fascinated by aliens and the unknown, because space is so vast and it keeps on expanding, why wouldn’t there be aliens somewhere out there?I mean we haven’t even completely explored our own solar system(Milky Way).

I’m also fascinated by Australia’s desert, it’s huge and mysterious.Only 4% of Australia’s population lives in the big open space in the middle, the other 96% lives on the coastal line.Who knows what might be lurking in the eerie desert nights!

The idea of it being a LEGO set

It’s unique in its own way.If you combine or contrast different elements you can get pretty interesting stuff.For example as I did here by letting the known(us and earth) come in contact with the unknown(unexplored regions).Another example could be the future meeting the past.

With all the messages Earth has sent out into space,it could be plausible that aliens have visited Earth without us knowing.Maybe that crazy neighbour of yours is really telling the truth and he was abducted.