The Secret of the Temple 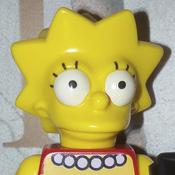 I have built this set because I love Lego, fantastic story and archeology. This set stimulates the imagination and you can play in so many ways. The set consists of three easily separable and recombinable part and a lot of surprise. Total measures: 25x76 cm (9.8x29.9 in). Pieces: 700.

My story. In the deepest jungle there is an ancient temple built by indigenous people in honor of the Monkey God. The myth tells that one day god came down to earth to put an end to chaos that ruled on it. After giving a new order to things, he went back to his home in the Scorpion constellation. Since then earth retains a wise balance, thanks to the patient work of monkeys, who daily collect the sacred fruit and offer it to the god. The fruit rests in the temple for seven nights, then monkeys carry it out through a hidden passage, heading inside the ziggurat where god’s spirit feeds. All nature moves to protect this fruit. Only animals can enter the temple. Only monkeys and children can eat the fruits. Over time so many unknown explorers and seekers tried to enter the temple in search of an ancient treasure and here they disappeared. The myth tells us that a precious wonder is hidden somewhere, perhaps the legendary water crystals born in the bowels of the earth by the union of the two primordial elements, water and fire. Maybe water crystals really exist or maybe not, but what men do not know or do not understand is that the real treasure kept in the temple is nothing but nature with its wonders!

Description. The set represent an archeological site in the jungle. There is a ruined temple and a monkey ziggurat with the shape of a sphinx. You can lift up the monkey’s head and explore inside: it hides the mouth of a volcano! Behind the temple there are two fountains that seems blue eyes. The minifigures are:  a family on holiday, three indigenous, two archeologists, two volcanologists, a seeker and a naturalist photographer terrified by spiders. There are also a lot of vegetable and animal species: discover the details and search for the hidden scorpions, they are four! In addition, if you look at the site from the top, you can see the shape of a big scorpion through the temple’s door, the shape of a monkey’s head with a fire mouth outside on the grass and a big tree on the floor around the ziggurat. Look and find them!

Thanks for the view. If you enjoyed at least a bit, vote for this project!