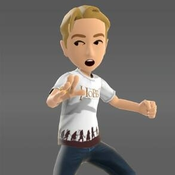 By Agent of Nothing
9 comments

I made this set to be based on a scene in X-Men: Days of Future Past.

It includes minifigures Iceman and Blink, as well as a Sentinel Mark X figure.

The Sentinel's basic structure is based on the one in 76022: X-Men vs. the Sentinel (Link to set here: http://shop.lego.com/en-US/X-Men-vs-The-Sentinel-76022) but with a fairly different design: it has a large drill on one arm and claws for fingers on the other.

This is my first project so it may not be the best, but I hope I can gather enough supporters for this to be produced officially, and if you're a true X-Men Cinematic Universe fan, I know I can get your support!

By Agent of Nothing
9 comments