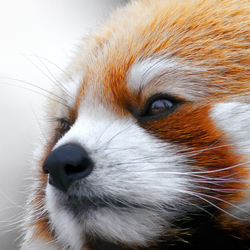 Long has it been said that music can create worlds in one's imagination. Now, through the power of science, music can be transformed into fantastical lands with the Speaker of the Future! This incredible machine transforms soundwaves into matter and uses the tone of whatever song you play to form a unique scenario before your very eyes!

After designing this build for the LEGO “Music to My Ears” challenge, I grew very attached to the project and was really hoping to see it in the top ten and possibly even turned into a build. However, I was, unfortunately, not quite up to scratch in one way or another. So I’ve decided to post the build as an idea in the hopes that I can gain some support and see my childhood dream of designing my very own official LEGO build become a reality!
This set consists of three major sections:

Firstly, there is the “Speaker of the Future”. This mystical speaker uses a mixture of magic and science to create landscapes, worlds and stories simply by playing your favourite songs!
Next, there is song one, the orchestral fantasy track. As the song plays, the sound waves produced take on physical form, eventually producing a medieval landscape with a small village on top of one hill and a large castle on the peak of another. At the crescendo of the song, a large, dragon-like beast can be seen looming over the castle, preparing a powerful attack.
Finally, there is track two, the whale-hunter’s melody. Once again, the sound waves manifest into physical objects, this time diverging to create the seabed and the lapping waves of the surface. As the ship sets out whale hunting, they are unaware of a fearsome behemoth rising up to take revenge on their attacks!
The most interesting part of this set is the fact that the songs are interchangeable, meaning that you can design your own track and connect it to the speaker, allowing for extra creativity and play time.
It would mean the world to me if this set was made into a reality, so any support is greatly appreciated. If you have any suggestions for improvements, feel free to share them with me and I’ll make sure to take them on board!