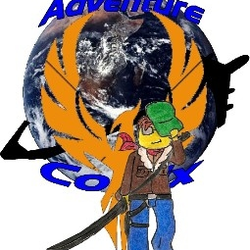 The LL-58 Black Knight is the first of several ships and vehicles in a series entitled "The Space Agency."  The Space Agency is reminiscent of the old LEGOLand (Classic) Space them.  Utilizing the Classic Spaceman minifig as the basic grunt and Futuron esq. minifigs for officers.  All of the vessels have the yellow, black, yellow marking seen on the old sets.

The larger vessels have the classic blue and gray color scheme, while smaller ships such as the Black Knight may have customized paint jobs.

The Black Knight itself belongs to a group of space freedom Fighters known as the Black Knights.  Initially, they were Space Police officers, however, they grew tired of being hampered by rules and regulations and quit the force.  They used their pension money to buy a small ship, modified it, and thus the Black Knight was born.

Initially, the Black Knights were simply heroes for hire, working different odd jobs around the universe, doing what they could to help people and save lives as well as fighting the Blacktron and Spyrius Menace.  Eventually, they were scoped out and recruited by the Space Agency as part of the Agency's plan to start using light ships as patrol vessels operating off of larger sized carriers.

The Black Knight was assigned to the LL-1071 Regency Carrier along with several other light ships and their crews.