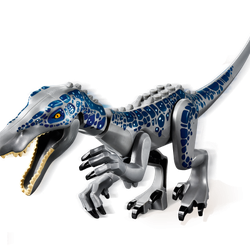 By Tstardoughnuts
10 comments
Inspiration:
One of my favourite types of lego creations are mechs. I remember back in 2015 when the ninjago titan mech battle came out, I thought the idea of a set including two mechs which would battle it out for supremacy was awesome, not to mention they were phenomenally designed. I recently got thinking with the release of the two huge mechs from monkie kid, what if there was a double mech set like the titan mech battle, on a much grander scale? Therefore I present you The thundersiege mech battle(Title open to suggestions) This set contains 1188 pieces, so would probably be about $130, or £120, not bad for an ideas set. I am sure if this set was made, with a few tweaks, lego could make it even better! By no  means am I an amazing set designer, but I did put a lot of work into this and Professionals could make it even better!
Features:
-The set includes two builds, the evil thunder mech, and the heroic dragon mech, each piloted by one of the minifigures in the set.
-Each of the mechs have rubber parts on their feet to allow them more grip for more posability
-The mechs are extremely posable, with joints at the foot, knee, hip, shoulder, forearm and wrist.
-The thunder mech also has a rotating head cockpit, and the dragon mech has a posable tail
-On the back of the thunder mech, there is an easily detachable drone with built in stud shooters.
The thunder mech comes equipped with a giant mace and razor shield, while the dragon mech has a scythe and ball shooter.
Minifigures:
-The set includes 8 minifigures
-The storm emperor-Leader of the storm army
-2 of the storm emperor's royal guard-Personal guard of the emperor
-A storm foot soldier-A basic storm warrior, expendable
-General Cyclone-Pilot of the storm mech, Leader of the storm army's forces
-Dojo Master Leon-Elderly sensei of orion
-Orion-The hero foretold to defeat the storm emperor
-The Golden Dragon Master-Powerful warrior, uses her dragon mech to battle the storm army