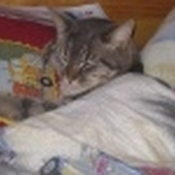 Your chessboard maker has just realized his very first chessboard in real bricks!
This chessboard is the Classic Chess is my 3rd virtual chessboard.
The tray is simple and modest, no frills, its boxes are black and white without central grooves to minimize its size and respect the "traditional chess board" although modernized.
The pawns are also of a classic style with as much detail as possible on this scale. Their sizes are also respected with high towers, smaller riders followed by the taller madmen and the queen larger than the mad but all the time smaller than the king. The pawns remain the smallest pieces of play.

The chessboard is perfectly playable, so the pieces in the "traditionel" are recognizable and easy to play.

The black pieces have two hues because of difficulties to find the right color or for budgetary reasons. The gray parts had the same problem although less.

This chessboard contains few rare bricks and many common parts, so it remains simple to realize without however denaturing the "real" chessboards(include: those sold in wood or any other materials). Moreover it passes very well as simple object of decoration delighting the fans of LEGO and chess. The parts remain solid thanks to bars inside the latter. Thus, you can jostle them, make them fall or shake them, there is no major risk of breakage.

Despite these precautions, two types of game pieces may present a risk of breakage (although minor after the tested assets):
The riders between the upper part and their base (as well as their head)
-the kings / queens towards their center, places of connection between two different bars
But this does not cause a big impact on the game and the pleasure felt.

You will surely feel it, I am proud of this chessboard that I finally realized in real and I hope it will make you as much pleasure as me.