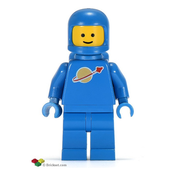 We’re two European friends passionate about both LEGO and space and that’s why we decided to build a LEGO model of Europe’s new space launcher (or rocket) Ariane 6.

Commisioned by ESA (European Space Agency), Ariane 6 is a high-performance launch vehicle currently under development that is aimed at replacing its predecessor Ariane 5, with a first test flight scheduled for 2020.

There will be two variants of Ariane 6: Ariane 64 (4 lateral stages – or boosters, as shown on the pictures here above) and Ariane 62 (only 2 lateral boosters). The LEGO model has removable boosters to make it easy to switch from one variant to the other.

In the LEGO model, all stages can be separated, as well as both satellites housed within the payload fairing (at the top of the model). Ariane 6 is indeed designed to be able to lift simultaneously 2 satellites into space, with just the accomodation that has been modeled in this LEGO design (one on top of the other, with a specific carrying structure inbetween – this latter being designed as black in the LEGO digital designer model since it’s its actual color but appearing as transparent in the photographs).

The engines lifting the launcher are also modeled: in addition to the 2 to 4 lateral boosters, the main central stage’s engine (it’s called “Vulcain‑2”) is set at the bottom of the central core of the rocket, whereas the upper stage’s engine (called “Vinci”) appears as soon as the upper stage is separated from the main central stage (see the LDD model).

In addition, we’ve also designed a very simplified model of the “launch table”, which is the platform on which the launcher stands when fully assembled and from which it lifts-off. This makes it a stable and representative base from the LEGO model. We’ve checked that it still doesn’t prevent the launcher from lifting-off.

The main dimension of the model are:

We already have a few updates in mind and plan to upload them soon, and new pictures will be posted.

We hope that you and the public will like our model!