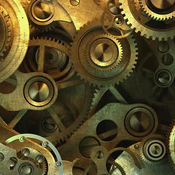 By Engineer of the Bricks
43 comments

It is a LEGO Technic Off Road car remoted by the LEGO Power Function bricks. It can move forward, backward and turn. The Off Road Concept car has four suspensions, four driving wheels and two fronts car lights. The bodyshell can be opened to facilitate access of inside the car and thus to the battery.

I made my own stickers for the design of my car. In this manner, I created it myself until the final touches.

I built this car because I am passionated about powerful cars and my creation is powerful by its design, its finishes and its four driving wheels. I have been building LEGO vehicles for a long time and I really wanted to make a beautiful model. This desire led me to build the "Off Road Concept Car". I haven't build everything all at once: this vehicle is the result of several months of improvements made to my old constructions. This is my first participation at the LEGO Idea contest and I dream that my set becomes a real one.

Only 10,000 supporters can make this dream come true so... vote for me !
A short video to show you the features of the Off Road Concept Car :

By Engineer of the Bricks
43 comments