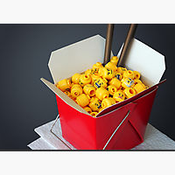 By kee1ian
0 comments
Resistance Against Robot Suit Prison is about robots who have taken over planet earth (and its frozen yogurt). Now they are holding all the Leaders prisoners (to see if the know where all the frozen yogurt is)in themselves but a resistance has formed and they won't stop until all the robots are in flames.