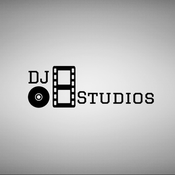 I'm proposing a new spacecraft to be a Lego set. I worked a while to make this set, and I'm hoping you like it.

I was thinking one day when I was bored of what to draw, so I decided to create my own spacecraft. I started out with a small 2D sketch of it, then changed it to a larger 3D sketch. I took these drawings and thought it would be cool to make it out of Legos. I started to work as soon as I could, I was determined to make this. It took me a long time, trying to figure out the best way to make the wings, but the cockpit took me the longest, trying to get it just right. I also made sure it was Lego-set-quality. When I finally finished it, I was very proud, and decided it would be cool if it was a Lego set, so I made a Lego Ideas account and added my spacecraft to the site.

I have been interested in Legos since I was about 6 years old. I don't often build with them, but when I get good ideas I'll build them.

I hope you guys like this spacecraft set I have proposed. I will wait as long as it takes to get 10,000, I'm very persistent. I know I can get to 10,000 fast with you guys supporting my set! Thank you so much!

One feature I wanted to mention are the small turrets on the top side of the wings. It's hard to tell by looking at the pictures, but they can move 360 degrees all the way around.

I will also be adding updates as often as possible, making my spacecraft better looking and better quality.

(I'm open to any feedback that could improve my set, so if you think it would look better in a different color, or could be improved in some spots, I'll be happy to take any feedback. I'm also hoping to make a second spacecraft sometime, so be on the lookout for anything new from me!)

(P.S., I just wanted to note that this was an original idea of mine.)