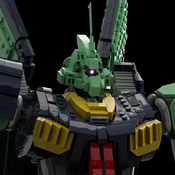 By SHL.STUDIOS
19 comments
A Geobukseon also known as the turtle ship in western descriptions, was a type of large korean warship that was used intermittently by the Royal Korean Navy during the Joseon dynasty from the early 15th century up until the 19th century. It was used alongside the Panokseon warships in the fight against invading japanese naval ships. The ship's name derives from its protective shell-like covering. Because of the unique design and functions, it has destroyed japanese fleets in japanese invasion of Korea in 1592 - 1598. One of a number of pre industrial armoured ships developed in Europe and in East Asia, this design has been described by some as the world's first iron-clad warship.