By TimeCruiser
0 comments
I propose that a LEGO logo / symbol set be made, as shown. It is 15 inches square, built from 1254 pieces, and is double-sided, meaning that it reads correctly from both sides. I built this in 2004, as part of a larger project that I never completed. I eventually took apart most of the project, but kept this together.

Since the CUUSOO team determined that the former pictures were against the Guidelines, I have replaced them with modified versions.

The former pictures can be seen on Brickshelf 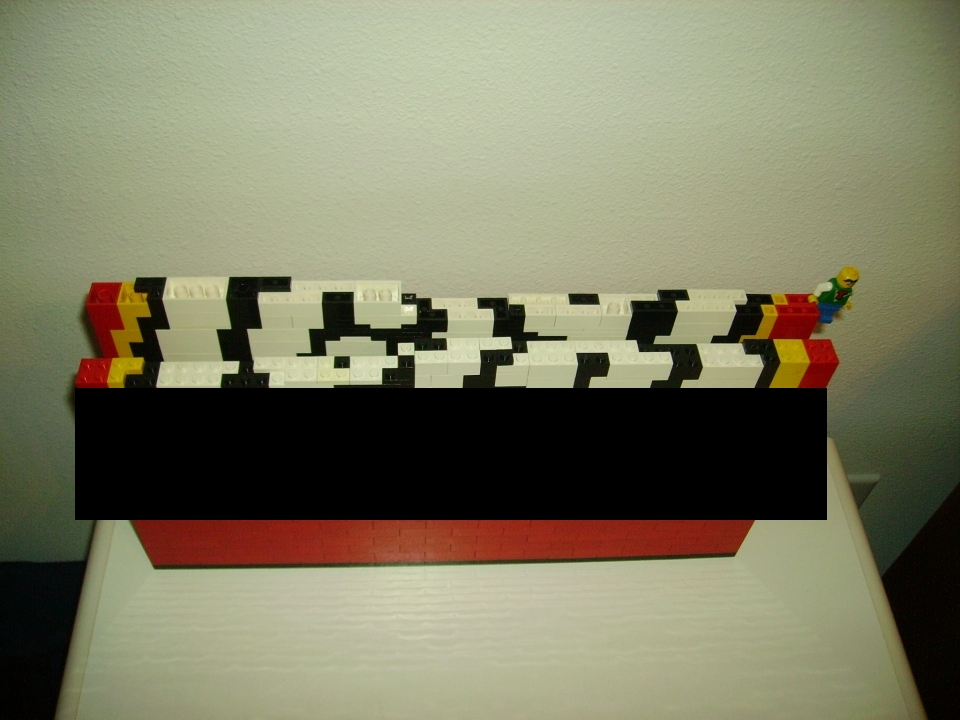 Here, you can see that the cross-section is mirrored from side to side, but with interlocking bricks where possible.