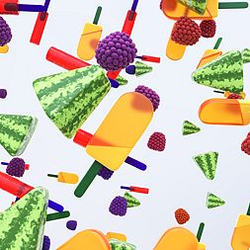 The base build is a Mini-figure scaled push locomotive that falls in line with the LEGO standard size of trains (6 studs wide), so she can fit in perfectly in your LEGO train layout. The build consists of one steam engine, one tender, and one Mini-Figure. The build is Power functions/ Powered Up compatible with modular components so converting her from push to RC is simple and easy! The set would contain stickers/prints as seen in the images.

I hope you enjoy this build. Your support would be much appreciated and please share.