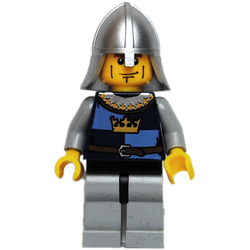 ThirdKookyUrchin
12
Directly from the 90s, here is the revival of a set of the M-Tron series personally designed by me. This is the transport shuttle; a small space fighter that transports material from one point to another in the galaxy. The spacecraft is equipped with defensive systems and capable of traveling at the speed of light.
I conceived it because I'm a fan of the sets of those years, having also owned several, especially those of the space series.
This set would be perfect since it is not very complicated and simple in its construction, also suitable for the youngest.
12