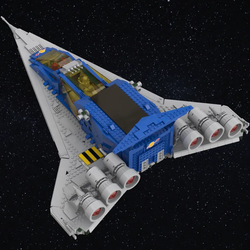 By DaapMechEng
28 comments
About the Panther, and how I got to know it
Of all the crash tenders (or ARFF vehicles as they are more properly known) the Rosenbauer "Design" Panther has made the biggest impression on me. The first time I saw a crash tender was when at the Rosenbauer works in Austria in the mid-nineties. I didn't really know large fire fighting vehicles like this existed, and here I was standing next to a machine that looked like a cross between an off-road military truck and a spaceship: the "Design" Panther, so called because it was designed by Industrial Designer Kristian Fenzl and award winning.
This is the first iteration from 1991 in Rosenbauer's Panther series which is currently in its fourth iteration. It followed up on the Rosenbauer Simba, another magnificent 8x8 machine with a striking design but more angular. Contrary to many fire fighting trucks which usually are normal truck chassis and cabs with a specific body, the Simba and Panther models look astonishing with their cabs and body in one integrated design, which with the Panther looks very smooth and almost streamlined. To capture this in Lego was only possible due to newer pieces and building techniques. I have tried several attempts before but these never came out very well in squared pieces, whereas this model comes much closer to the original.
About the Lego model
The model sports steering on the four front wheels through a HOG on the roof. The main monitor on the roof can be turned and height adjusted, and the roof hatch from the cabin to control it manually can be opened (although normally this monitor would be controlled from the cab). The cabin has three seats (depending on customer specifications "Design" Panthers have two to four seats) and a detailed dashboard with driving controls, monitor controls, a communication microphone and a TFT screen showing truck status.
The pump engine near the middle of the truck can be accessed through two side doors and a roof hatch, and shows a detailed model of the six cylinder MAN diesel engine that through the pump supplies water pressure to the roof and the bumper monitor and hose attachment points. The model also has - just like in the real truck - water outlets at the front and inbetween the front wheels to avoid fire from burning the tires.
The rear has a hatch and a bottom door. The bottom door when opened forms steps to stand on to be able to reach into the back compartment. This has equipment on a drawer and stacked to the back wall, as well as a foam tank. At the sides the lower doors between the wheels open to reveal hose attachments, a hose reel on one side and a generator on the other.
The chassis is detailed with differential houses and axles running from them to the centre transfer case. The roof details filler caps for water and foam, and lighting. One very subtle detail is a single stud at the left side of the cabin, next to where the door would be, which is my Lego version of the big button the real truck has at that position to start the engine of the truck from the outside while the driver makes haste to take his/her seat, to speed up beginning to drive while in an emergency.