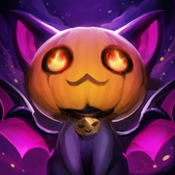 By Saximaphone
5 comments
The Ocean crew set off to take a vault full of treasure! Making their way past the dragon would be a challenge, but he has offered a deal: Bring him the prisoner hidden in the dungeon and he will let you through! Find the secret passageway, free the prisoner and trigger an epic battle of powerful rivals as the crew takes the treasure for themselves!
Features: Hidden passageway, sparkling treasure, and exciting unique minifigures:
Harthok - an acid-breathing being of darkness trapped in the form of a dragon that has a long rivalry with the mysterious prisoner.
"Mighty Good" Jo Yung - a lighting-wielding being of good trapped in the form of a man, eager to defeat his long-fought rival!
Big K - A fast-running and sharp-shooting devotee of the thief-god known as Ocean. He is 'one' of Ocean's chosen 'Numbers' and leads his crew of heisters to riches and adventure.
Aegis Trowbach - A farmer turned outcast by a cruel twist of fate, Aegis became Ocean's Second to search for clues about his late wife and daughter. He's strong with an affinity for grappling and shield-bashing, but also has a knack for chemicals and acids to melt locks and chains.
Roc - Ocean's Third; A young and head-strong thief of a winged humanoid race. He can sneak and fly into many places the other's can't, but often finds himself getting into trouble without his friends to help him.
Based on the tabletop role-playing adventures of me, my good friends and brother, this set showcases one of our very early and very iconic dungeon heists!
I am hoping to share some more of this world we created with you!