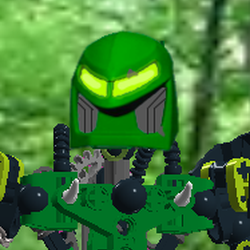 Lewahoo
6
I loved the Legends Of Chima show back when it came out and I loved the beaver tribe. Them being willing to do anything just to "fix it", and that's where the idea for this set came from. I tried to replicate the main beaver compound but then decided to do my own thing. That's what this set is an interpretation, the minifigures are my own versions of the characters like Worriz, Cragger, and Eris. Now on to the set itself, there are 10 minifigures, 4 beavers, Eris, Laval, Cragger, Scale, Worriz, and Sharptooth. Before we get into the main compound, lets talk about the vehicles. There are two bikes, each of these are inspired by two of the tribes, those being crocodiles, and wolves. There is also a beaver boat with a steering wheel. Finally for the vehicles there is also the lion command tank. This beast of a machine splits into three parts that can each be attached to the main compound in some way. Now onto the compound itself, the functions include two catapults and a place to store the three pieces of the lion command tank. The outside area of the compound includes a hut and a lily pad. It also includes a mountain piece with a tree that can be attached to the outside of the compound via pins. The other part of the compound is the mill, connected with hinge pieces this area has one of the catapults I talked about earlier and a landing bay. I had a lot of fun with this set, it took around 2 days of research, and 3 days of building. I think this could become a great set because of the vehicles and the compound.
6