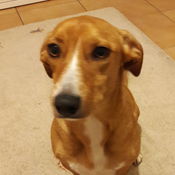 By Vinc77
69 comments
What is it?
This is the world famous Concorde. Concorde was the fastest passenger jet. It had an maximum speed over twice the speed of sound (Mach 2,04). Concorde entered service in 1976 and operated for over two decades. Air France and British Airways were the only airlines to fly the Concorde. In today's money a ticket from London to New York would be around 13'000 US Dollars. Twenty aircraft were built at total. A problem of the concorde was that it could only be usend on ocean routes to prevent sonic boom distrubance.
Why did I build it?
I build it because I wanted a Concorde out of LEGO for years. I am a big fan of aviation and I want to be an Pilot.
Why do I belive that this would make a great set?
There are a lot of LEGO fans that want a Concorde out of LEGO pieces.
The build includes 2913 pieces. The build is 80x216,8x36,4 studs big. The build includes a working landing gear, an movable plane nose (works by pneumatics) and two working plane flabs (works by pneumatics). The build includes a M motor, an batery and an pneumatic pump.
I built the plane in four months.
If you have a question please write it in to the coments!
The build has a lot of LEGO Technic pieces inside of it.
Thank you for reading this :)