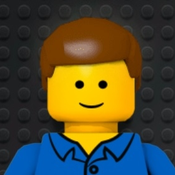 Alvar Aalto is one of the great names of modern architecture. Along Le Corbusier, Ludwig Mies van der Rohe and Frank Lloyd Wright, Aalto revolutionized the aesthetics and technology of design in the first half of the 20th century. But unlike others, Aalto is not featured in the LEGO Architecture series – yet.

The architecture of Alvar Aalto is very suitable for LEGO modelling. In the vein of Nordic design tradition, Aalto preferred simple forms and colour schemes, which invite one to interpret them in the language of LEGO.

Viipuri Library is considered a masterpiece of modern architecture. It was one of the first municipal libraries in Finland, built in 1935 in the city of Wyborg. The building was damaged in the war, but survived. After the war Wyborg became a Russian city, and the library deteriorated over the years.

A joint Finnish-Russian project to save Viipuri Library began in 1994, but it was not until 2013 it was fully restored. Nowadays the building is, once again, one of the main sights in Wyborg and a true landmark of modern architecture.

Unlike most other buildings by the modern masters featured in LEGO Architecture series, Viipuri Library is not a private residence. A public building also reflects the core ideas behind early modern architecture.

After I had decided to recreate a work of Alvar Aalto, I still had to choose the building. After careful consideration I chose Viipuri Library.

I had considered other buildings as well, but realized that Viipuri Library was the most suitable Aalto building to construct in LEGO. The combination of distinctive massing and simple elegance was perfect for the project.

It was clear to me from the beginning that I wanted to avoid any pretentious or overly intricate solutions in the construction. I was not satisfied with the models I designed with LEGO Digital Designer, so I decided to build my version of Viipuri Library as a real-life model, and ended up constructing in classic LEGO style.

I experienced a sort of breakthrough when I realized that a crucial detail, the distinctive round windows (all 57 of them) on the roof could be represented by the most common of LEGO bricks. This would help the model to convey the same very natural effect than the original building.

Viipuri Library has a certain air of calmness and dignity. It was important to me to recreate this in LEGO. This meant discarding a fair amount of details. In model scale the beautiful simplicity of modern architecture is easier to convey by representing only the most important details of the surface.

Finally I added a black base to emphasize the simple beauty of the white library building.

Thank you for considering your support!