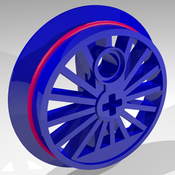 By Brengineer
8 comments
Lego is great for making classic board games. They fit right in with the Lego Games line.
This is a nice Lego Monopoly, beautifully rendered, to go along with my other Lego board games.
(Be sure to check out Classic Chess and Travel Chess.)
I wanted to give you a good clean design that captured all the significant elements of the real game, but used lots of Lego-style props for a better building experience and a fun board.
Props include:
- A sealed envelope with your salary on GO
- Blue chests on Community Chest
- 2 hundred-dollar bills on Income Tax
- A light bulb on Electric Company
- A valve wheel on Water Works
- An officer's cap on Go to Jail
- A diamond on Luxury Tax

This is set on a 48x48 baseplate and currently has 447 parts without the cards, money, and Title Deeds. 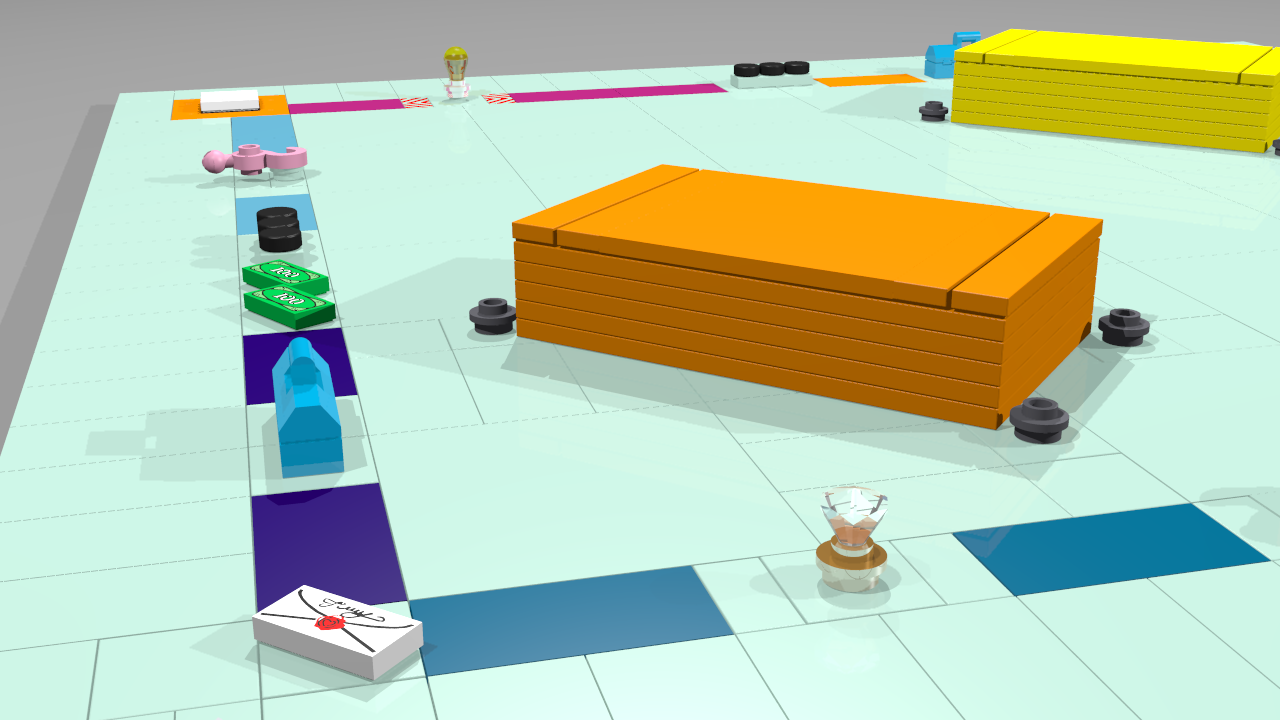 (close-up of the board) 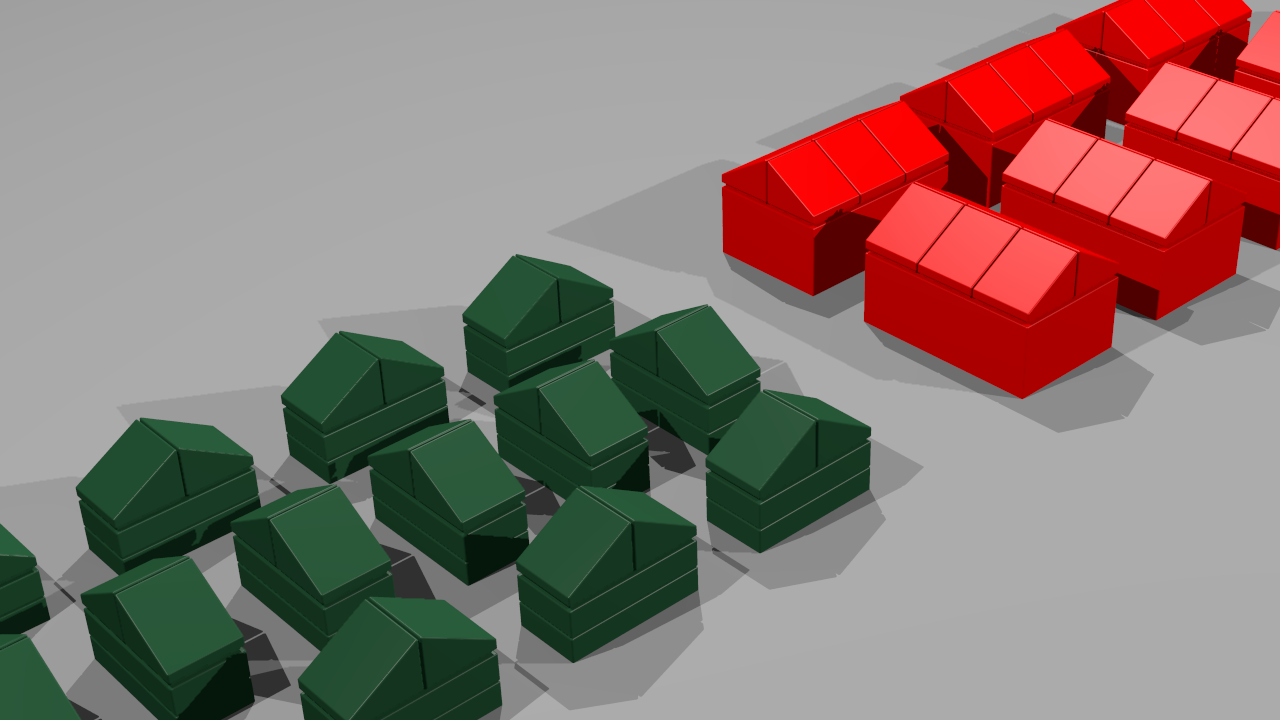 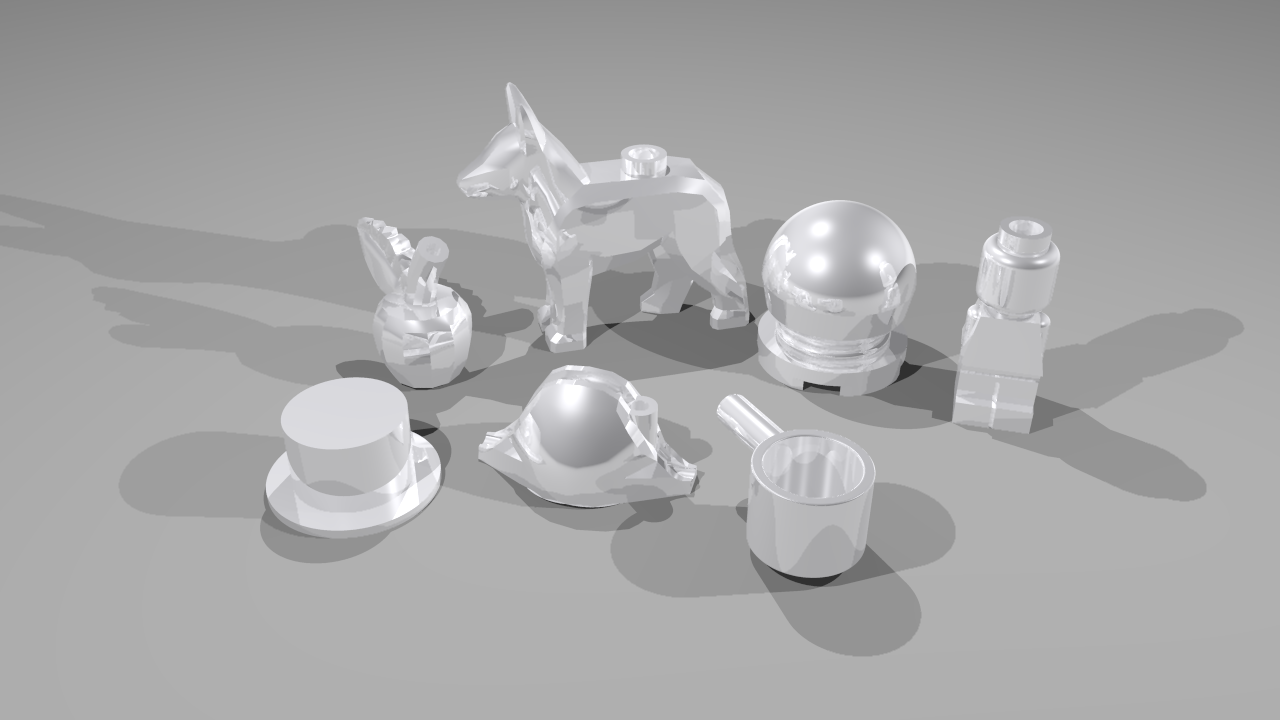 (some ideas for the tokens)


The tokens could be just about anything. I just tried to pick some that were fitting for the Monopoly style. I'll leave the specifics up to Lego.


Of course, the Chance and Community Chest cards would have to be actual cards. I just used brick-built versions to complete the look of the board. The cards, the money, the property names, and the Title Deeds would all be Lego themed. 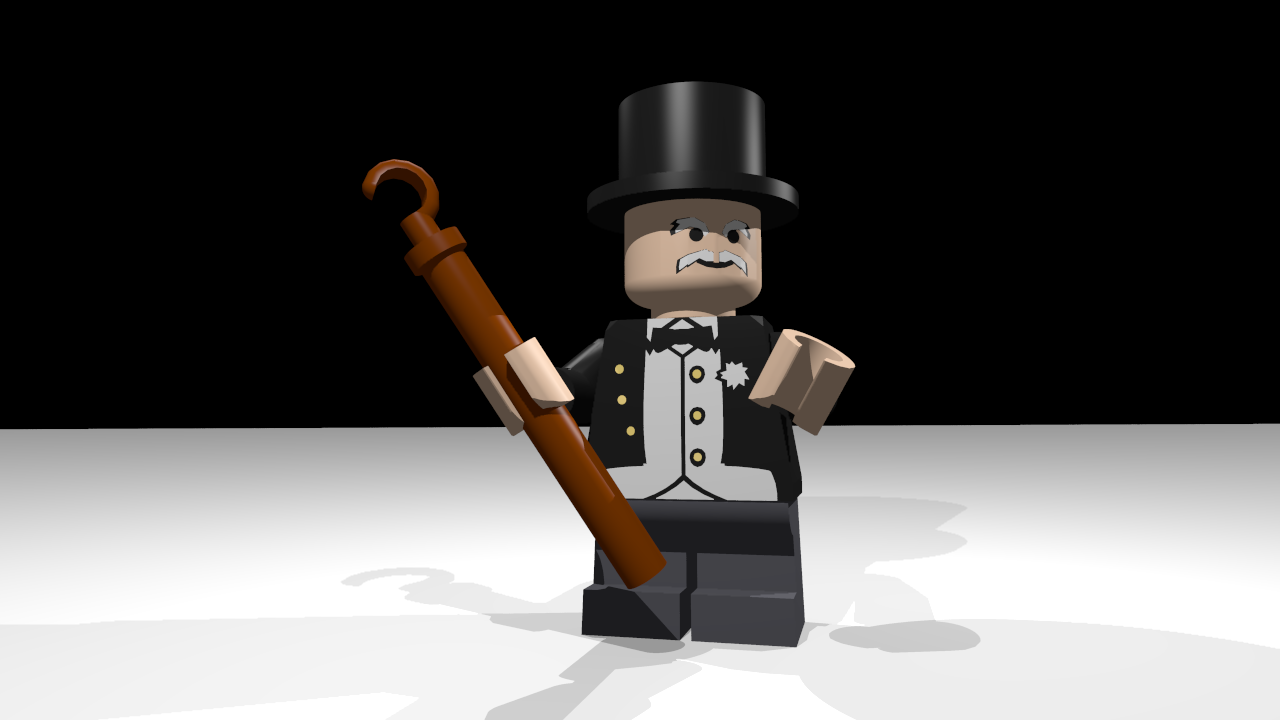 Per request of one of my supporters, I've added a Mr. Monopoly figure. I expect that if he was included in the set, he would have his own print for his torso and head (and maybe the new mustache piece in white).