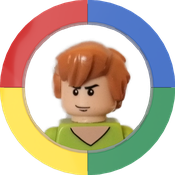 By LegoLiga Bricks
37 comments
Ikarus 55 | Minifigure scale
About the model:
The model uses 683 parts, is 8 studs wide and 39 studs long. It is a big model with very accurate details. The set would include 2 buses. One in red and one in dark tan.
The bus's history:
The bus was produced between 1953 - 1973. Because of the shape of the rear end it had some funny nicknames such as: "Bözsi" and "Faros" In the 20 years of production there were 7466 made. The bus had 32–45 seats and was 9.5 tons heavy. The bus was designed by P. Horváth György, but Deák László also helped during the making of the bus. The buses were designed in a way that they are easily repairable, comfortable and quiet. The engine of the bus is very big it is 8275 cubic cm and offered 500 NM of torque, but only 145 horsepower.

Why you should support this model:

We never got such a detailed bus at a small scale like this. It would be great in a big display, but it would also make a great display on its own.