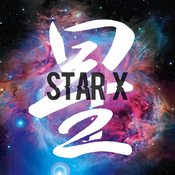 This is a minimalist version of the Giza Pyramid Complex.

The Giza Pyramid Complex is located in Egypt, in the actual city of Giza, near of Cairo. This necropolis, built roughly 2500 years B.C. , hosts the pyramids and the mortuary temples of 3 egyptian pharaos: Khufu, Khafre and Menkaure.

There is many constructions in this place, espacially the 3 pyramids, but also the Sphinx, the 6 Queen's pyramids (3 beside Khufu's pyramid and 3 beside Menkaure's pyramid), or still the Khafre's mortuary temple.

This monument is part of the UNESCO World Heritage since 1979, and the Khufu's pyramid (also named the Great Pyramid of Giza) is one of the Seven Wonders of the Ancient World.

The model was designed with Lego Digital Designer and Studio, and rendered with PovRay.

Thank you for have a look in my idea, and if you liked it, support it !