Siege: Attack at the Wall 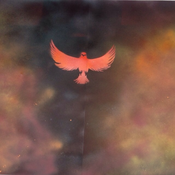 The siege of the mighty fortress has begun!

With strong machines the Attackers try to crest the wall, but the Defenders stand bravly in their way. Who will win? And why do they fight each other? It's all up to You...

I've started this project, because there are not many medieval sets on the market right now and I always liked the idea of a siege made out of bricks. I did it purposly without a clear Good and Bad part, so the player can decide on his or her own.

The Roles of the attackers and defenders can quickly be changed: just swap their banners and change the figures' places.

The wall comes with modular pieces, which means You can combine two sets for a longer wall!

If You have open questions, feel free to ask in the comments, I'll try to anwser them as fast as possible.

Thank You very much for your attention!